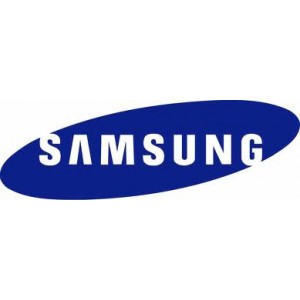 Samsung is a trusted name when it comes to technology.  This Korean brand has gone a long way and has been to many ups and downs along the way.  With the release of the Samsung Galaxy S series of phones, finally, the iPhones have found their match.  Not only that, the Samsung Galaxy S3 defeated the once unrivalled iPhones. Even those who are subscribed to the RingCentral business VoIP service will give you their word on how efficient the Samsung phones are in providing the best quality audio and video experience.  Not only that, the best Android OS is in the Samsung smartphones.  Now, below is a list of the best Samsung smartphones that are available in the market.

The moment it was released, most of the critics predicted that this phone will be giving Apple a headache.  Guess what?  It did.  Not only did it become a threat, but it bagged the title as the “finest smartphone for 2012”.  It is a bit heavier than the S2 at 133 g and is longer too.  Its screen size is relevantly larger – at 4.8 inches Super Amoled.  So for those who want to have a better viewing, this is the phone you will definitely want to own.  The resolution may not be in full HD, but it is in 720 x 1280, which is fairly decent and will be great for watching movies via the web.  The camera is just amazing at 12-megapixels.  Those who like taking continuous shots will love the 20 shots per second capacity of this phone.  You can have your pictures taken on smile detection, blink detection, and even do contrast and blurring too.  The latest Android for mobile, the Android 4.0 Ice Cream Sandwich is featured on the S3 and has better syncing capabilities than the S2 phone. The quad core processor of the S3 provides a smoother and faster processing compared to the dual-core experience of the iPhones.

This is the first cross-breed phone that the world has seen.  It is not quite a phone, but not quite a tablet.  It has been aptly called as a “phablet” since it is too bulky to be a phone, but too small to be a tablet.  The size is at 5.5 inch and is the phone with the largest Super Amoled screen panels.  The screen ratio is at 16:9 and is really wonderful for viewing whatever you wish to view in a handier manner.  The S Pen is available for the Galaxy Note 2 and it now has an electromagnetic field capacity.  What’s mind-blowing with the antenna of this phone is that it can grab signals from international locations.  The camera is at 8 megapixels.  For those who love taking personal pictures on their own, the front facing camera is at 1.9 megapixel – not bad at all!  Just like the S3 phone, the Galaxy Note 2 features a quad-core processor which enables LTE and HSPA+.

Critics have given comments on the light and comfortable design of the ATIV Odyssey which doesn’t have that much of the “plasticky feel”.  Though this is a budget phone, this is very functional as a business phone because it has all the features that will make working for mobile workers very easy.  Though this is relevantly smaller than the S3 and Galaxy Note 2 phones, the 4-inch display of the screen will rival that of the iPhone’s screen displays.  This is something that will fit in most normal pockets without getting bulky too.  The technology of the screen is at Super Amoled, which means that only the brightest can be expected with each viewing of pictures and videos.  The resolution is at 800 x 480 pixels – such a treat for a budget phone.  Though this phone is at 1.5 dual-core Qualcomm Snapdragon, the processing is similar to that of the iPhone 4S.  An added bonus is that there is a back-up 1 GB of RAM and can still be expanded, according to how the user would like it to be.