Twitter has been one of the major social media networks that online marketers use for lead generation. It is built for making timely, bite-sized updates that can keep your followers updated in your every move. It is also a great way to obtain valuable feedback regarding any of your tweets. And despite the many changes that the platform underwent recently (that and the uncertainties marketers were having regarding those changes), Twitter will still be a major player in the social media marketing scene. One of the most relevant changes is the disappearance of the official share count. Let’s say you have an online blog, and you’d like to check how a particular type of content is doing by looking at the share metrics. In the past, the number of shares your content has is displayed directly beside the ‘Tweet’ button. But now, Twitter – as they call it – has “simplified” the share button by eliminating this number.

Obviously, this has something to do with the launch of Gnip, which is Twitter’s data business. In order to increase the value of their data, they decided to deny everyone’s free access to simple metrics such as the share count.

Sure enough, Twitter insists that they removed the share count for “technical reasons”, but did we mention that Gnip’s subscription fee is speculated to be around $300 a month? Fortunately, there are other alternatives to get around this hurdle, which do not involve shelling out more dollars.

TwitCount is a simple widget you can add to your site so you could start measuring share counts again. After connecting your Twitter account, you simply have to paste a single line of code to replace the twitter button code. Lastly, TwitCount is free to use, so you can pretty much apply this fix risk-free.

BuzzSumo is another alternative that’s fairly easy to implement. It works as an extension for the Google Chrome browser. Of course, the main disadvantage of this solution is that it is not applicable for other browsers. However, if you want to get quick access to share counts without manipulating the codes of your page(s), then using BuzzSumo is the way to go.

Earlier this January of 2016, Twitter announced “Beyond 140” – an upcoming feature that enables Tweets to go over the 140-character limit. The new limit is supposedly up to a whopping 10,000 characters. This is probably one of the most surprising changes in the platform if it ever pulls through, which is expected to be implemented sometime in Q1 2016.

You may be thinking – now that you can post article-length posts, then what’s the point of using Twitter? It is, after all, the main selling point of the platform. Unfortunately, it is still too early to make conclusions on how this change can affect the platform. On the other hand, more characters will allow long-form content to be posted with the possibility of including images and links. So it might call for changes on how marketers plan and execute their Twitter updates.

Before the update rolls out, we recommend that you start developing a new content strategy for Twitter; perhaps shifting your focus on long-form content. It is also a good idea to plan your new keyword lists since tweets will become much more searchable with the bigger character limit.

“Brand awareness, thought leadership and audience-building will be taken to a new height,” says Jonathan Long at Entrepreneur about the potential of Twitter’s rumored character count change. “The 140-character limit makes it hard to deliver a thorough message: A short call to action and a link to an external piece of content or offer are how it’s done now.”

Keeping Up with the Times All these changes aside, always remember that Twitter is still one of the best platforms for broadcasting your content to your target audience. If you think about it, most of these changes will have little impact on the user’s end; as long as the content is of satisfactory quality. If anything, these could even improve the value they get for using the platform and therefore positively affect their experience.

According to the infographic above from Escape From 9 to 5, Twitter is the 4th largest social media network in terms of users. It is also 3rd next to Facebook and Pinterest when it comes to online traffic. Not to mention that it offers one of the best social media experiences for mobile users. With all these being said, there simply isn’t enough reason to believe that Twitter would no longer matter any time soon.

Ultimately, Twitter’s saving grace is the sheer size of its community. As the platform aged through the years, it has undeniably one of the biggest numbers of users thanks to the unique experience it offers. Add the diversity of Twitter users (from basketball fans, gamers, music lovers, etc.) into the picture, and you can be sure that Twitter will remain relevant in marketing for years to come. 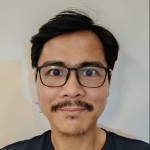 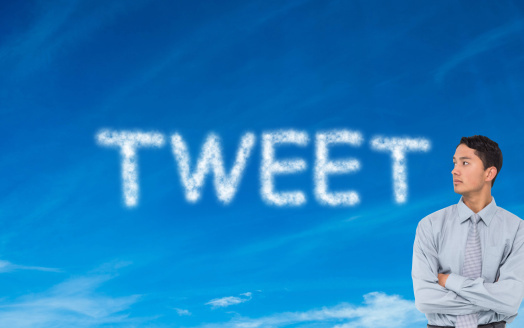 So you just received a tweet and you think it’s the most awesome thing you’ve read this week so far. Certainly, it’s something worth...