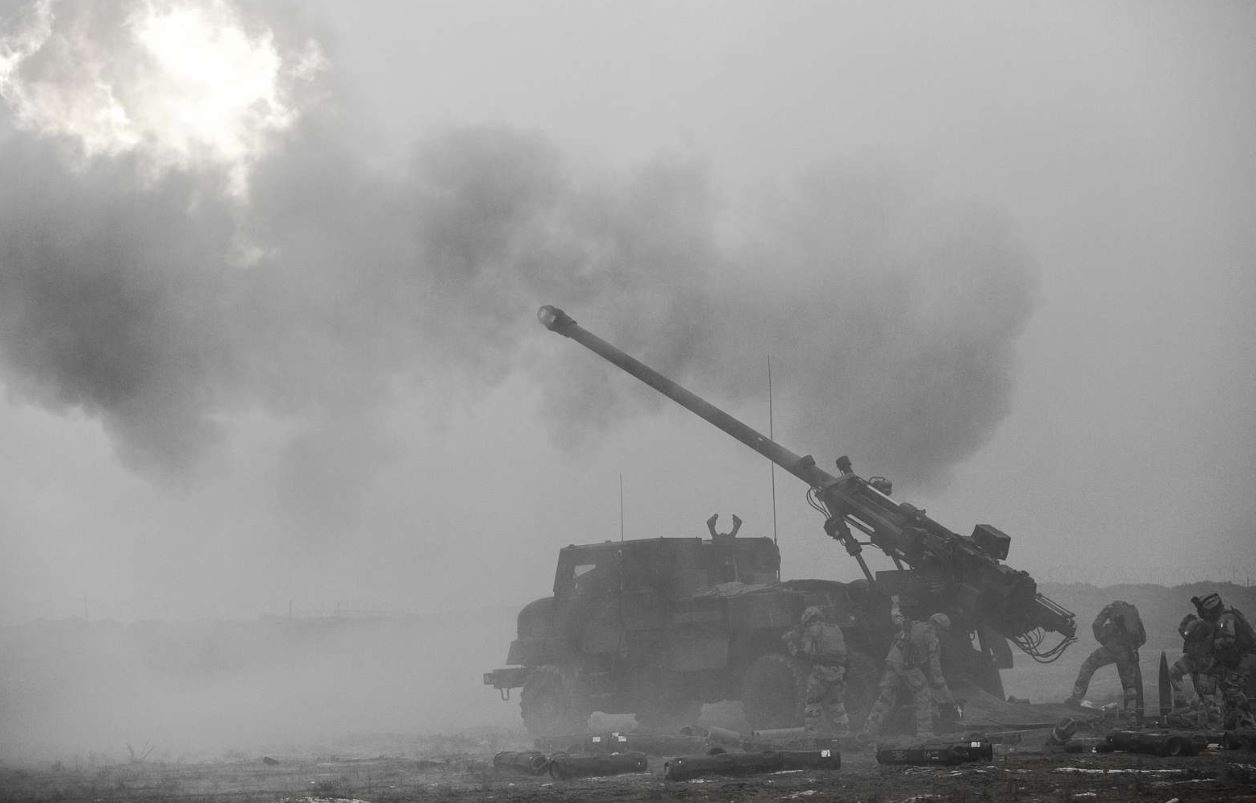 The CAESAR cannon was developed back in the 1990s by the state-owned French company GIAT Industries (now Nexter), a project launched in collaboration with Lohr Industries. The first order by the French army for 5 howitzers was signed on September 20, 2000, with the order being received 3 years later. After a series of tests, another 72 were ordered in 2004.

Over 300 have since been produced, with the canons being deployed by Indonesia, Saudi Arabia, Thailand, and Lebanon, as well as Denmark. It is combat-proven, serving during external combat operations in Afghanistan, Mali, Lebanon, Iraq, Syria, the Sahel region, the Middle East, and East Asia, highlighting the gun’s robust characteristics and ability to perform under different geographical or climatic conditions. Its high-performance, mobility, crew-protection attributes, rusticity, and combat-proven effectiveness make it perfectly adaptable to the dynamics of the current war in the Donbas.

The CAESAR 155m/52-caliber self-propelled howitzer (SPH) developed by Nexter is mounted on either a 6×6 or 8×8 chassis at the rear of the truck. It uses a hydraulic elevation of maximum +66° and a traverse of 17°. If there is a hydraulic system failure, the cannon can be controlled manually. The CAESAR can also be used to destroy ground targets using indirect firing mode with an elevation range from -3° to +10°, with a traverse between 21° left and 27° right.

Although loaded automatically into the gun, charges and projectiles are loaded manually onto the stretcher by the crew of 3-5 persons. Each truck can carry up to 18 shells which are stored in enclosed ammunition boxes. The CAESAR has a firing range of 4.5-40 km using standard ammunition, which can be extended using extended rang full bore or velocity enhanced artillery projectiles (VLAPs). The canon is capable of using NATO’s entire 155-caliber ammunition arsenal.

Moreover, the system is equipped with Safran Sigma 30 and the iXBlue pointing and positioning systems and an onboard Reference Package/Position Data System (RP/PDS) that includes GPS for precision strikes.

With regards to mobility, the CAESAR 6×6 Sherpa truck is motorized using a Renault DCL 6 diesel engine with a manual gearbox. Its maximum road speed is 90 km/h, or 50 km/h in off-road conditions. Its maximum cruising range is 600 km. Its range, mobility, and agility are therefore perfectly adapted to mobile warfare on different terrains and in different weather conditions.

Compared to the Czech-built Dana type 77 currently in use in Ukraine, the CAESAR canon comes out on top across the board. “It became clear that based on the 80 key technical parameters that were evaluated, Caesar from the French company Nexter came out best,” said Czech Defense Minister Lubomír Metnar.

Moreover, the CAESAR is around three times cheaper (around €5 million per gun) than the US-manufactured M109 Paladin howitzer or the aging British AS-90s. Its simple, rustic design means it is much easier to maintain on the battlefield, with high accessibility. This means that the long-term financial impact of the CAESAR on state defense budgets is less than other howitzer models.

Perfect for the Donbas

The above-mentioned attributes would make the CAESAR cannon a game-changer for the Ukrainian army fighting a numerically superior enemy in the Donbas. Its range and mobility mean it can precisely target Russian supply lines, artillery batteries, reserves, and control points well behind the front line, slowing down the Russian war machine that is already stretched to the limit.

Its rustic design means that it is easily deployable and maintainable in the field. Therefore, the West can rapidly supply components, which in turn speeds up battlefield maintenance and usability. French President promised at the end of April further supply of armaments to the Ukrainians. “He confirmed that arms deliveries by France would continue and would increase in intensity in the days and weeks to come, the same as for the supply of humanitarian equipment,” the statement said.

Majoring in economy and international relations