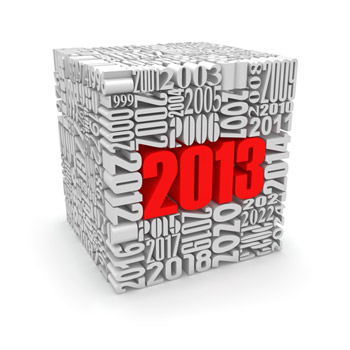 It is past two months to new Year and we have already received some good Products this year from Samsung and BlackBerry (who also upgraded their OS). Year 20122 brought many Smartphones to choose from and started the cold war of Smartphones. But what will this war of Smartphones bring for us in 2013? Will Apple get back in the Market and survive this war of Smartphones? Will Samsung bring some new Product like Galaxy S3 which can prove a Competition for the next iPhone?

Top Models available in the Market

What basically happened in 2012 is that the war of Smartphones actually began when two Major Models launched and one of them turned down by the users. Yes I am talking about Apple. Galaxy S3 has been already in the market so many users who were eagerly waiting for iPhone 5 turned back towards new version and purchased either iPhone 4s or Galaxy s3. Also there were many complaints against the iPhone’s operating system and softwares such as Apple Maps. All these things proved to be a great advantage for Samsung and hence Galaxy s3 proved to be a Great hit among users. Other Mobile products such as Lumia 920 and HTC One X also got a good response and they were successful making their group of followers. BlackBerry learned that all the leading Mobile companies are getting more Customers because of their Upgraded Operating Sytems so they chose to upgrade theirs in 2013.

Feature Models from these Companies

As Apple’s iPhone 5 turned out to be a big time flop among users and critics and its stock Value going down, they will surely try to Launch a new iPhone model which can prove a big competition for other Mobile Companies in the market. Hence other Mobile companies will make their strategies and tighten their belts to get the maximum Consumers for their Products and give a Tough competition to Apple. HTC and BlackBerry will be in this war of Smartphones as HTC has very less Followers as Compared to other three and BlackBerry have their own Fans which hardly migrate to other Mobile brands. Samsung has already declared Galaxy Note 8 to be launched this year. Everyone seems really curious about it. Hence Every Mobile company will try to Launch their bests in the Market.

What actually is happening in the Market?

All the Mobile Companies are not trying to be Number one but they are Giving what other companies have not given in their Top Smartphones. For example iPhone 5 did not come up with any feature that can be Highlighted except the Wi-Fi version upgrade. But Samsung Galaxy S3 has Gorilla Glass, Expandable Memory and other features which iPhone did not have. Although the iPhone was released after S3 but I guess Samsung gave everything they can to S3 so they can easily sustain in the War of Smartphones with Apple.

What The Audience Wants?

Genuinely Audience buying such Costly Smartphones wants something Unique which they can show as a Status symbol with a few users who actually buy them for the cool features of the Phone. Admit it, Most of the expensive Smartphones has been purchased Just for the sake of Show off. Apple already has such a name in the market so they do not have to Worry about it. But Samsung tried to Give something worthy for such Price and so did other companies after Samsung. Hence Audience is now asking for something Worthy as nobody wants to Pour money Just for the sake of the States Symbol.

How one Should Choose Smartphone?

Basically one should not go for what People says. Ask yourself first about the reason you are going to buy new Smartphone. If you have enough money to spend and Want to Buy for Status Symbol then No doubt you will Go for Apple but if You want something which is considered as Value for Money and You can make very little adjustments for Standard then you can Go for other Mobile companies. Do not let this War of Smartphones confuse you for choosing the Right one. 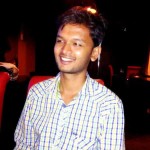 I am a Simple Guy who loves to find out and evaluate things,Loves reading about Technology and like to experiment with new things specially when it's related to Internet & Computers. Read my Latest and Unique articles at eTechBot