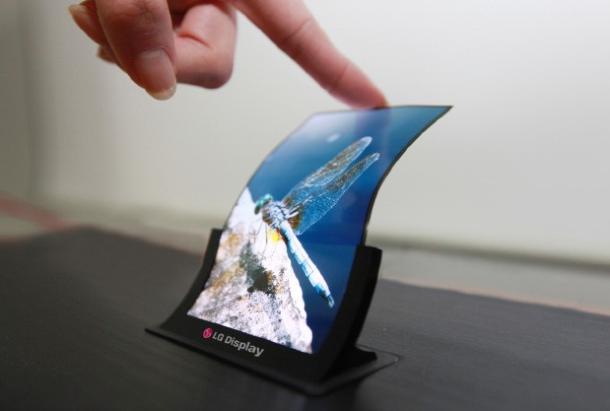 As smartphones become a daily necessity in the general population, there are certain changes in characteristics that contribute to the evolution of smartphones. While some companies like Motorola introduce budget smartphones to make them affordable for the general population, other mobile phone companies try to stand out from its competitors by creating smartphones with a curve display. At the moment, Korean mobile phone companies like LG and Samsung are the pioneers of the curve display trend, of which LG G Flex and Samsung Galaxy Round were both launched recently to compete against each other.

The LG G Flex includes a slightly curved 6 inch display, which can withstand a certain amount of flattening and a scratch-resistant coat that claims to have self-healing properties. While some users believe that the curve display is an unnecessary feature, a smartphone with a curve display actually enhances user experience, as it improves media experience and is more comfortable to hold in hand.

Certain experts believe that the LG G Flex does not include an adequate amount of ideal features to be labelled as a true competitor to Samsung Galaxy Round, but others believe that the unique features (such as bendable screen and scratch-resistant coat) can give Samsung a run for its money. Despite the clumsy large size and mediocre camera quality, the LG G Flex still proves to be a successful example of curve display smartphones.

Similar to its competitor, the Samsung Galaxy Round has a 5.7-inch screen, but it also features a curve OLED display. Unlike its rival LG G Flex, the shape of Samsung Galaxy Round is fixed and cannot be bent or flattened. The smartphone can still lie on flat surfaces, but it will wobble a little.

The wobbling factor is actually intentional, because the smartphone model includes a new unique feature called ‘Round Interaction’, where users can tilt the screen on a flat surface while it is off to check for notifications, battery life, missed calls and the date and time. Other than enhancing viewing experience for users and providing a good fit for the face, the Samsung Galaxy Round includes a leather-clad back, which makes it more comfortable to hold in hand.