The mobile world is changing rapidly. With a rare misstep from Apple, the release of the Windows 8 Mobile platform and a lot of innovations from Android, 2012 was a pretty strange year for the mobile world. But what can we expect to happen in 2013?

Will there be new game changes or will we just experience more of the same?

Here are five mobile predictions for the upcoming year:

Google has taken the mobile war to a whole new level – attacking the enemy from within.  The company started releasing iPhone apps to compete with original iOS apps. So far this strategy has been a huge success as the top downloaded apps in the iTunes store are YouTube and Google Maps, with more and more people switching their mail application to Gmail. Meanwhile, Apple’s iPhone 5S is likely to be more of the same, with little new innovation.

As Samsung showed a lot of interest in the Linux-based mobile platform Tizen, it is expected that we will finally see a Samsung phone with its own operating system in 2013. Samsung paid the Linux Foundation $500,000 to get a seat in its board of directors, which clearly showed their interest in the Tizen platform. As the first ever Tizen prototype had a lot of similarities with standard Samsung phones, it is thought that the company will release a phone with a unique operating system, just as Apple did with the iPhone.

This year will also mark the release of the first ever Google Glass. However, the closer we get to the release date, the lower the hype is getting for the Internet-enable glasses. Even though they were thought to be revolutionary, they will probably be a letdown.

Mobile predictions for 2013 are the juiciest when they come to the new Google nexus phone. With the release of Android 5.0 Key Lime Pie, a new Nexus phone will also come out. But will it feature a 13.1 MP HD Camera and a Quad-Core 1.6 GHz Tegra Processor? We can only wait and see.

This year will also be the year that sees the release of many new mobile devices running Microsoft’s latest OS, Windows 8. So far however, things are not looking good for the Redmond company. The new phones will represent Microsoft’s latest attempt in mobile mark and an admission of the importance of mobile in the post-PC era.

The biggest players in the mobile world are continuing their war, fighting to survive in the harsh, fast-developing mobile market. Will Tizen be something revolutionary, and will Apple be saved by a new miracle phone? Maybe, maybe not – no one knows.

It will surely be an interesting year. 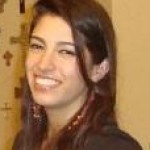