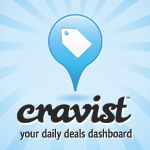 Daily deal websites have undoubtedly taken businesses and consumers by storm. More and more sites of this kind are sprouting up all over the market, allowing customers to choose from a wide array of discounts and promotions while discovering new establishments in the process. And while the saturation of the daily deal industry does offer consumers numerous opportunities to save, it also has its drawbacks.

Since some daily deals can be redeemed months after their purchase, consumers usually buy deals and “set them aside” for later use. As a result, some vouchers, especially the ones with lengthy deadlines, either expire without being used, or get buried in a user’s inbox. Moreover, with so many deal websites on the Internet, consumers can actually miss or overlook cheaper or better bargains. Fortunately, there is a newly-launched website that aims to address these issues. Cravist.com, a deal aggregator website, has rounded up over 400 domestic and international markets across major deal websites, in order to provide a “daily deal dashboard” to consumers. All users have to do is link their daily deal site accounts to Cravist.com, and the site will update and track purchased deals.

Not only will users be able to view all the relevant deals in their area, Cravist saves time and money by allowing them to keep track and manage the deals that they have purchased to help them remember which site each deal was purchased from, and more importantly, to remind them to redeem deal vouchers before they expire.

To take it up a notch even more, consumers will be able to read Yelp reviews for establishments and make reservations through OpenTable—all from using one website.

Aside from accessing their daily deals dashboard, users can also view deal vouchers using their social network accounts. Cravist streams the latest bargains through specific Twitter accounts ensuring that consumers never miss a deal. Additionally, the company recently launched the Cravist Deal Manager  Facebook app that enables users to view the deals that they have in common with their friends, and create a Facebook event for it. Cravist will pre-populate the event with merchant and location information, and all users need to do is set the date and time.

According to Cravist CEO and Co-founder Jane Lin, their aim is to “support everything a user needs or wants involving their experience with daily deals.” She stated that “The daily deals phenomenon has given us a new way to explore our local areas and try the things we may have normally passed up. Cravist allows you to focus on enjoying those real-life experiences rather than on all the little things it takes to arrange them.”

Citing her own experience, she mentioned that she used to go to various websites to get more information and keep track of her deals. “I was going to Yelp to research the merchants, then creating categories within my email account to track the deals I bought, calling or using OpenTable to make reservations / appointments, checking into places on Foursquare, etc. I wished there was one place where I could just do it all, so I decided to make that happen.” 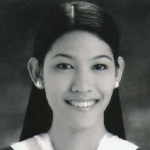 Francesca is from AdMedia.com, a performance-based advertising network that connects advertisers to consumers across many channels, including email, domain, social and search networks. To learn more, network with AdMedia via Facebook and Twitter.