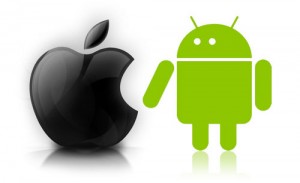 The battle between Apple’s iPhone platform and Google’s emerging Android platform is heating up. Both sides have rabid fans, snatching up the latest and greatest that each platform has to offer. Where the future of smartphones is headed is anyone’s guess, but this article will hope to elucidate the manner in which the smartphone wars may play out. Currently, the iPhone accounts for about 5% of total phone market share and 27% of the smartphone market share. This is expected to increase steadily to 10% by 2015 and 15% by 2018.

Steve Jobs is considered the driving force behind the innovation at Apple, and he’s the personification of its culture. In the light of Steve Jobs’ recent departure as CEO of Apple, this seemed like the most plausible scenario to consider. Apple’s product roadmap is pretty clearly defined over the next few years, so Steve Jobs’ absence won’t impact near-term operations.

However, for the sake of argument, in the event that Apple market share was to flat line at current values, it would not necessarily mean the end of the platform. Future growth of the iPhone market share accounts for stock valuations by most companies at around the $500 level, but even if growth was to stop entirely, Apple’s stock would not drop below $300.

It’s a virtual certainty that the Android platform would take any additional market share not protected by Apple, but whether they would completely destroy the Apple platform depends on how well Apple can continue to innovate without Jobs at the helm.

Apple is a one-man band. They produce the phone, develop the operating system, and have strong relationships with AT&T and Verizon. Android phones, on the other hand, are manufactured by hundreds of brands, have a large choice of cell networks, and can be modified at the operating system level, which is open source, to suit each individual phone. This means that there is a lot more that can go wrong with patent and trademark litigation.

If Android’s supporters were to lose key legal verdicts, it might mean that certain brands, including large brands like Samsung, would be forced to stop selling their phones in the United States or the European Union. This would be devastating to the operating system, which needs the support of phone manufacturers to proliferate.

It wouldn’t necessarily spell the end for Android—since so many phone manufacturers use its operating system or modified versions thereof—but it would deal a significant impact to the number of phones running the operating system that make it into consumer hands.

A worthwhile scenario to consider. BlackBerry is definitely down-but-not-out of the smartphone wars. If Research in Motion was to, say, focus on manufacturing extremely secure versions of its BlackBerry phones, it might find a foothold in the corporate or enterprise markets. In a scenario like this RIM would take significant market share from both Apple and Android operating systems given how many individuals use a smartphone to increase business productivity.

From a business standpoint, this is the most secure way to salvage the steady market share decline for Research in Motion smartphones. From a technological standpoint, there are a number of barriers that stand in the way of creating a completely secure smartphone. Unfortunately for RIM, half-measures are likely a death knell for the company, so it’s important to have a complete solution in place before pushing these claims on stockholders and techies. 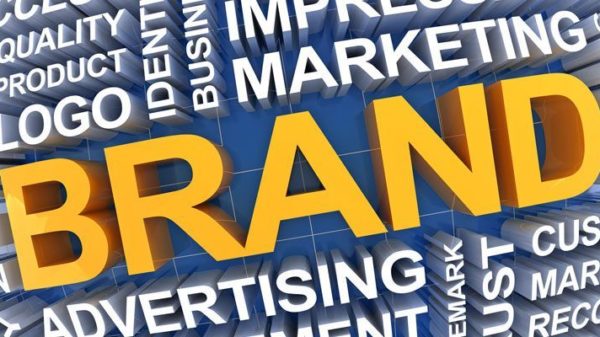 Accelerate the Time in Building your Online Brand Strength

Brand identifies the distinction of a company. It tells your company’s goals and values. Your branding must be inciting to leave a positive mark...