Windows has always been and still is the most popular operating system, thanks to the aggressive marketing that Microsoft did back in the day and it being installed on pretty much every computer that isn’t a Mac out of the factory. The latest iteration, Windows 7, is simply fantastic and much better than any of the previous versions – it’s what Vista should’ve been but never was.

And it looks like the new Windows 8 will be even better, bringing many good changes under the hood, as well as on the outside – the most noticeable is the new Metro UI, which was designed with touch screen users in mind, but it still works great with a mouse (plus it seems that soon, we’ll have touch screens on most laptops, as well).

But while Windows is great out of the box, it’s pretty much implied that you should customize it as you wish after installation. If you like being productive and getting the most out of your computer, here are a few apps you should always install on a Windows machine:

EverNote. EverNote is another note taking app, but it’s more specialized and slightly different than OneNote above. The program lets you store bookmarks, videos, photos and text notes and organize them by date, time, tags, categories and occasions. It’s more complex than OneNote, but it’s an excellent tool for keeping track of all your ideas. One big advantage over OneNote is its ability to sync everything with your online account, other computers (even Macs), tablets and smartphones (using separate apps for the devices), so you can have your notes and ideas accessible anytime, anywhere.

Firefox. Firefox is, of course, one of the best browsers on the market, and even though Chrome has overtaken it in popularity, it still has the best add-ons, themes and extension options. Firefox is fast, stable and thanks to a well written core, very flexible – with the appropriate add-ons, you can use it as an FTP client, screenshot taker, mass uploader/downloader tool, and more. If you still don’t have it on your computer, try it out now!

Focus Booster. Focus Booster is the best productivity tool that I’ve ever seen. It’s a simple timer, basically, but the technique it’s using (called Pomodoro) lets you work all day long without feeling too tired. You basically work 20-30 minutes, then rest 5-10, then repeat, and Focus Booster just reminds you of that – seems simple, but it’s incredibly effective for a lot of people.

Dexpot. Dexpot is one of the best apps out there for Windows power users, and it’s totally free to boot. The utility lets you create multiple virtual desktops, each with their own taskbar, so you can have tons of windows and apps open at the same time without cluttering your main desktop. You can have a desktop for say, photo editing, one for the web browsing and research, another for a virtual machine, and so on. The app is very stable and it brings a whole new level of productivity with it, but while the program itself uses only a couple of megabytes, you’ll need a powerful machine to run all the software you want at the same time.

Microsoft OneNote. Microsoft OneNote is an excellent app for taking notes and keeping information in one place. It’s basically a virtual notebook, with pages and sections, which lets you write, paste photos and links and doesn’t get in your way with needless categorization options and other stuff that just slows you down. The software comes with the Microsoft Office suite, and it’s a great addition for anyone who needs to get ideas and thoughts out of their head and onto digital paper.

Be sure to at least check out some of the above software – I’m pretty sure one of them will change the way you work, but you’ll never know until you actually try them out. Of course, there are a lot of other alternatives, and thanks to Google, you can easily find them online. 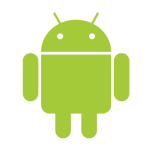