It’s no surprise to anyone that the rivalry between The Big G and Super F has intensified in recent months, especially with the new Google Plus platform poised to steal market share from Facebook. The rivalry hits home to anyone who has recently tried to find Facebook friends by syncing with Gmail contacts. That option was restricted by Google in late 2010 after Facebook didn’t allow Google users to do the reverse using Facebook contact data. While some of the petty play between the two companies ends up short-changing consumers, ultimately the rivalry will prove to be beneficial to the social networking world for a few reasons.

Competition is the great driving force behind the speed of innovation. While Google-Facebook is no Cold War space race, it may drive the two companies to create interesting solutions that benefit consumers. And who knows? With Google Plus, Google may have finally figured out how to do social and Facebook may be pushed into anything from search to mobile. Who knows what they’ll come up with?

Privacy concerns between how Google and Facebook collect, store, use, and distribute personal data have only increased. One of the reasons that Google Plus appears to be gaining favor is merely on account of the bubbled-over discontent with Facebook’s use of opt-out settings and privacy changes. It’s possible that either company will try to use privacy issues to combat the other and hopefully end users will benefit by more transparency and attempts to appease the masses and avoid controversy in this area.

With Google and Facebook competing for advertising dollars, there’s heavy scrutiny about which ad platform delivers higher returns and lower CPAs in a scalable way. Facebook has some major benefits in terms of user data, but ultimately Google knows more about searchers than they will ever admit publicly. Rivalry could produce better, more targeted ads and better retargeting as each company tries to outperform the other.

What’s not to love about tech drama? Facebook has already admitted hiring a PR firm to strategically smear Google in the news. While I doubt that neither Larry Page nor Mark Zuckerberg would fare very well in a fistfight, I also doubt that either is about to roll over and die. Look for some exciting bob-and-weave tactics and left-hook jabs to ensue as the stakes get higher for these contenders.

It’s easy to see why both companies feel threatened. Take a look at this infographic and see how the two companies have appeared to be on a collision course for some time. Regardless of what happens, the Internet and end users will hopefully end up the winners in the end. 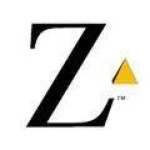 As a lover of technology and marketing I work daily to get the word out about ZAGG's worth while protective gear for all mobile devices. Check out our famed iPhone Skins and other mobile covers.