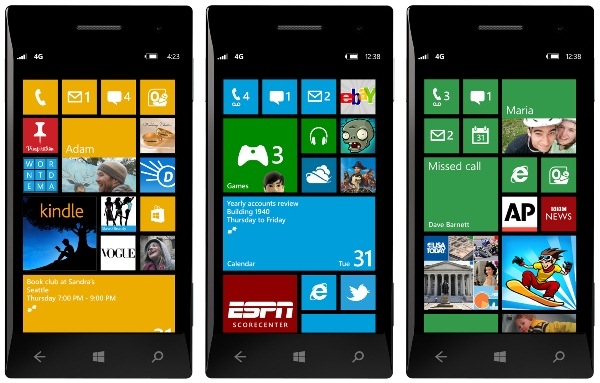 Windows Phone, at least in its latest avatar is about to celebrate its 3rd year in the smartphone OS market. With the Windows Phone 7, 7.5 7.8 and 8 updates, the Windows Phone has seen significant upswing in recent times as far as Market Share is concerned. Today, Windows Phone is arguably the third largest smartphone OS in the world and in some markets such as India, Mexico, Italy, Chile, Thailand, Vietnam, Malaysia, Poland, South Africa, Ukraine, Hungary, Finland, Czech Republic and Greece Windows Phones hold 2nd Place of the Market. But despite a supposed 156% YOY Growth, Windows Phone still has a mountain to climb if it aims at becoming a strong competitor to Android and iOS. Having (re)launched nearly 5 years behind the competing operating systems, Windows Phone is both blessed and cursed, having the advantage of learning from the mistakes of its competitors but still somehow lacking the evolved status of Android and iOS. Windows Phone has learned from Android’s success quickly, perhaps even quicker than iOS. But Will Windows Phone catch up to Android, which is arguably the fastest evolving OS, some may argue in fact the most evolved OS in the market? This post compares the iterations of Windows Phone and how it has met few needs even iOS was too late to understand and what is still left for Windows Phone to achieve to meet the quality of Android

The Evolution of Features

Android OS has evolved from its clunky lackluster days to become both user friendly and heavy duty in terms of support for applications and hardware. Today Android offers significantly higher capability than the iOS. The gap was so huge that the iOS7 update, which effectively was a game changer for Apple iPhone users, has only more or less matched the iOS capabilities with that of Android. Windows Phones have had to make this evolution happen at a quicker pace in shorter iterations. In 4 iterations, Windows Phones today have caught up significantly with most of the capabilities of Android and iOS, however some key features are still absent. A look at the table below will give us an idea just how vastly superior Android is to iOS and Windows and how late iOS had been to catch up to Android in some aspects.

Windows Phone 7.5 and 7.8 had several short comings largely due to the rushed nature of their release. Market pressures and Nokia’s acquisition had played a significant part in Microsoft rushing a half-baked OS onto the market. It was for this reason that in less than a year Windows Phone 7 had 3 updates, solving problems missed by the earlier version. One such example was the lack of support for low end devices that run on 256 MB RAM. Windows 7.5 Tango update finally made the phone OS available to be run even on low end hardware. Nokia was finally able to bring the prices down for its Lumia range of smartphones. Today of course, Windows Phone 8 is a much better, more stable OS and runs on a larger variety of hardware, leading to even low cost phones like Nokia Lumia 625 to become market changers. Nokia Lumia 625 price in India is about Rs 14,188 and is a strong alternative to the Android phones of this range. Most users may even be tempted to overlook the missives of the Windows OS to buy such affordable phone. But Can Windows Phone ignore its flaws for long?

Market Realities: Why Windows Phone 8 Must Leap Ahead To Stay Alive

While most users may not miss the features such as being able to Screen Cast what happens on your phone to your TV or other device, or having a Notification Centre or even a Voice assistant like Siri, Microsoft will have to wake up and meet the challenge. With iOS already updating it quickly and making updates to its archaic OS to meet the Android benchmark, Windows phone cannot stay too far behind. Features such as Active Multitasking, Quick Settings Toggle etc are today expected more and more by Users, especially when shelling out close to Rs 40000 for their smartphone. We now know that Microsoft does have big plans, for example with Cortana, Microsoft will finally have a voice assistant akin to Siri and Google Voice. But for Windows, the challenge is now not just to meet industry standards, but exceed them. Especially with new Operating Systems like Mozilla, Sailfish, Ubuntu etc making their entry into the low cost market in coming days, Microsoft will have to make significant updates to its OS to stay relevant.

Windows Phone OS has grown by leaps and bounds in a very short time, trying to make a dent in the highly loyal iOS market and the vibrant Android Market. However the OS still has a long way to go to meet up with the high standards set by its competitors. In the coming days, Windows Phone OS will no doubt entice mobile users with features yet unseen in smartphones. It will be interesting to see how Windows Phone matures as an OS in the coming days.

In this article:Android, iOS, windows phone 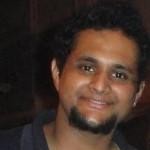 Harish Jonnalagadda is an avid reader of science-fiction novels. A long-time Arsenal fan, his other interests include gaming, basketball and making music. He has been tinkering with hardware since he was a kid, and likes customizing his gaming rig whenever he gets the time.