The way we interact with personal computing devices is defining our preferences as to how we will get in touch with one another, access information; perform research, and basically how we will get things done in a digital world. Judging by the growing popularity of smartphones and tablet computers, people are voting with their fingers when it comes to choosing a favorite input method. Touch screen technology is poised to becoming the dominant aspect of digital interfaces, and web designers and application programmers are reacting accordingly. The era of the mouse-and-keyboard combination may be coming to an end for the World Wide Web.

Internet applications for the Apple iOS and Google Android operating systems are already designed with touch screen users in mind, while Windows 8 and Mac OS X Lion promise to strongly focus on tablet users and touch screen interactions. Google has already redesigned its popular Apps and Gmail platforms to better conform to touch screen displays. Publishing giant Hearst recently announced that it intends to optimize all it websites by making them touch-friendly. The first Hearst online property to undergo this treatment will be the home and family staple Good Housekeeping. Giant Internet retailer Amazon has been engaged in a major touch-restyling of its web pages for some time, particularly after it announced the upcoming release of its proprietary tablet.

Although early uses of touch screens can be traced back to the 1970s, when computer engineers working on the Programmed Logic for Automated Teaching Operations (PLATO) project chose to implement a tactile-sensitive plasma display panel, widespread use of touch screen interfaces began with the advent of personal digital assistant(PDA) devices. Touch screens later made a significant splash when they were incorporated into retail Point of Sale (POS) systems and interactive kiosks. The first touch screen kiosks were introduced in the 1990s, but it wasn’t until the first decade of the 21st century that touch screen kiosks would become widely used in libraries, self-service checkout terminals, retail store information centers, public Internet access points, and more.

More Than Just The Interface

The custom-designed interactive kiosks currently in use by major retailers Wal-Mart and Macy’s should serve as an inspirational template for web designers and programmers as to how the World Wide Web should look and feel to the tablet and smartphone users. We aren’t simply “browsing the web” anymore, we are communicating and accomplishing complex Internet-connected tasks online. We enjoy getting things done with just a few touches gestures, but in order to do this the World Wide Web paradigm of interaction must change. Internet visionaries should borrow a page from the interactive kiosks in this regard, and in fact some are already doing so.

Adapt Or Fall Behind

The Boston Globe and the New York Times have paid attention to the growing number of web users who enjoy accessing their news from smartphones, e-readers and tablet computers. These two venerable newspapers feature apps that are enhanced for touch screens. And tech giant Microsoft is getting very serious about the future of touch screen technology. Microsoft’s preview of its Windows 8 operating system makes use of the new Metro graphical user interface, a new form of interaction which is aimed squarely at mobile touch screen users. The new clean and concise Metro look may seem familiar to some users: it is reminiscent of some interactive kiosks. 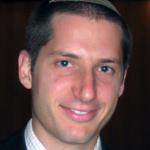