Android based smartphones are some of the most fastest growing mobile devices around, and for good reason. People purchase Android devises not only for there quality, but because of an almost endless selection of smartphones to choose from. Big name companies like HTC, Samsung, Dell and many more have all thrown in there hats on the creation of Android devices. Numbers of Android smartphone sales have even hit an all time high, surpassing Apple’s iPhone line.

So lets say you’ve had an Android smartphone for quite some time now, and your wondering just what you can do to brighten it up. You’ve changed your ringtone and background a million times, got directions to see your favorite band, and well, made a phone call. So what’s next? Well perhaps you’d be interested in the most popular free Android apps of 2011! That’s right, there free and all you gotta do is download em and enjoy. 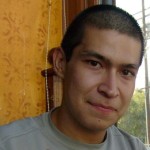 Hello my name is Jacob S. My interest is in all gadgets, but I have a particular interest in smartphones and tablets. I like to share my knowledge and help people, I also run a smartphone blog where you can win a free smartphone and get updated on the hottest smartphone news!