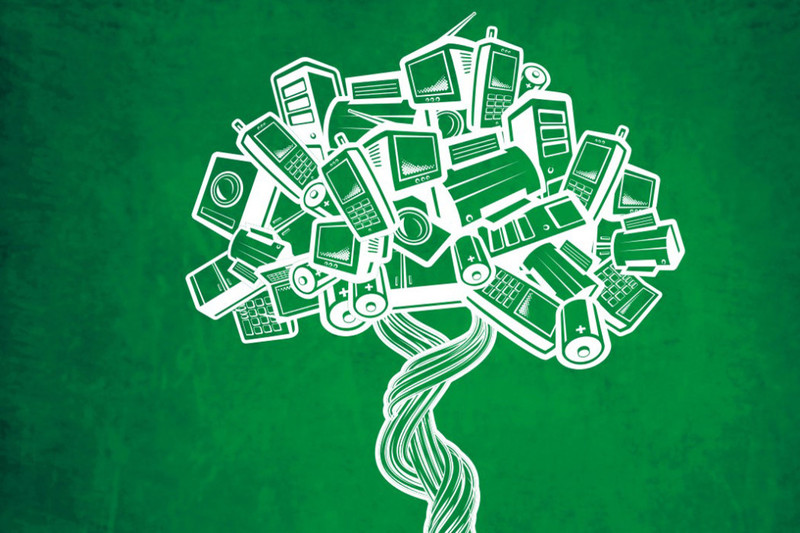 The environment and profitability both seem incompatible with one another. One is concerned with the wellbeing of the planet, whereas the other is purely about making money. However, being more eco-friendly can actually help businesses to cut down on costs as well as the planet, thanks in no small part to technology.

Tech has played a major role in making the office greener, but how? One way is to make larger devices such as servers, laptops and printers far smaller and more energy efficient. Many smaller Windows notebooks, which do a lot of the same jobs as larger laptops, have a battery life of up to 14 hours. This means fewer charges, which in turn lowers energy consumption.

In years gone by, the only way to record important information was on paper. Thanks to the advent of email, word processing and spreadsheet software, this is no longer the case. The ability to store notes in hard drives and even using cloud technology has prevented millions of office workers from heading to the printer, saving forests worth of paper in the process.

As revealed by Files in Reality, a piece of research by Gradwell into how electronic files would look if they were on paper. They found that the average dentist’s work files could fill an entire lorry, which is incredible. Having that room spare will make filing much easier, but above all else, it saves a huge amount on printing, inks and electricity.

Instead of paper, many professionals are relying on handheld devices to read important documents. This task is rendered easy thanks to tablets and, more recently, tablets that come with detachable keyboards. The Microsoft Surface Pro is a prime example, allowing the user to read the screen like they would with a piece of paper whilst working like a laptop.

Speaking of reading, e-readers have also helped to save on paper costs. Instead of using hundreds of pages for 50,000-word novels and autobiographies, the PDF or ePub version of those scripts are converted for use on gadgets including the Amazon Kindle and various Android and iOS devices. For businesses, reading PDFs et al can save time as well as energy.

Another way in which tech has made businesses greener is the use of renewable energy. From individual solar panels to wind turbines and hydroelectric dams, harnessing the power of sun, wind and water can drastically cut businesses’ carbon footprints. To date, there are over 7,700 wind turbines in the UK. Many of them owned by businesses generating their own electricity.