The US government does have issues with tech, but at least it’s (usually) reasonable. It’s not Kazakhstan, which may have just passed one of the worst Internet laws in history.

In case you’re just tuning in, the government in Kazakhstan just passed an incredibly controversial piece of legislation. To summarize, it requires that every citizen in the country install a certificate on their computer and mobile devices. Once installed, it will allow the government to capture everything from web traffic to passwords to financial data – basically, every citizen’s life will become an open book.

Not surprisingly, no one’s particularly happy about this draconian legislation.

“The rationale here is a ham-fisted attempt to roll out government surveillance to the country,” explains Dave Lewis of CSO Online. “This attempt by the Kazakh government is by no means unique. Governments have been doing this sort of thing for years. More recently, we’ve seen the Turkish government attempt to block access to social media sites. As well, Thailand is also attempting to roll out their own MitM implementation.”

“These aforementioned are bizarre attempts by governments to try and control the message as well as their own populace,” he continues. “This always strikes me as a government that is afraid, not of adversaries but, of their own populace. Further to that end it occurs to me that so many governments are attempting to control Internet access long after the fact. This is a system that has long been available around the world and only now are they trying to do something to control it.”

Although the United States government has not attempted anything quite so blatant as Kazakhstan’s legislation, lawmakers here aren’t exactly innocent of wrongdoing, either. Even a cursory glance at the debate over forced decryption, recently reignited by the attacks in Paris and San Bernardino, is indication enough of that. The question here is why.

What is it about modern technology – and the Internet in particular – that governments seem to have so much trouble understanding?

The biggest issue, I think, is that technology now moves faster than governments are able to keep pace with. The level of disruption brought about by advances like mobility and the Internet has left many lawmakers behind, and as a result, they view modern technology with an almost adversarial eye. That’s why we continually see legislation like SOPA, PIPA, and FISMA.

That’s why the default rhetoric regarding terrorism inevitably turns itself towards technology like encryption – people don’t understand it, and that frightens them.

“Disruption like this is scary for any institution, which will tend to mean that as a public entity which interfaces with other institutions the temptation will be to hold back the sea, not swim with it,” writes Tom Steinberg of My Society. “Government must swim with the tide, though, not just to help citizens more but to avoid the often ruinous tension of a citizenry going one way and a government going another.”

So how can governments gain a better handle on technology? How can politicians avoid looking like out-of-touch, outdated fossils, and how can lawmakers avoid bringing in legislation that causes more harm than good? Unfortunately, here’s where things get a little grim – unless officials are willing to make an effort to understand the tech their legislation impacts, the only alternative is to wait until they’re replaced by a new crop of younger leaders, more attuned to how the world actually works.

In a way, it’s a little baffling – and more than a bit upsetting – how little governments seem to understand about technology like encryption, not in the least due to the sensitivity of the data they handle. What’s clear at this point is that something needs to change. What isn’t clear is how we can affect that change – and how we can make them start caring.

In this article:CSO, Encryption, Security, Technology 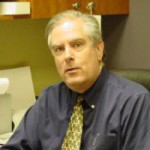 Tim Mullahy is the general manager of Liberty Center One, a Tier 3 data center.