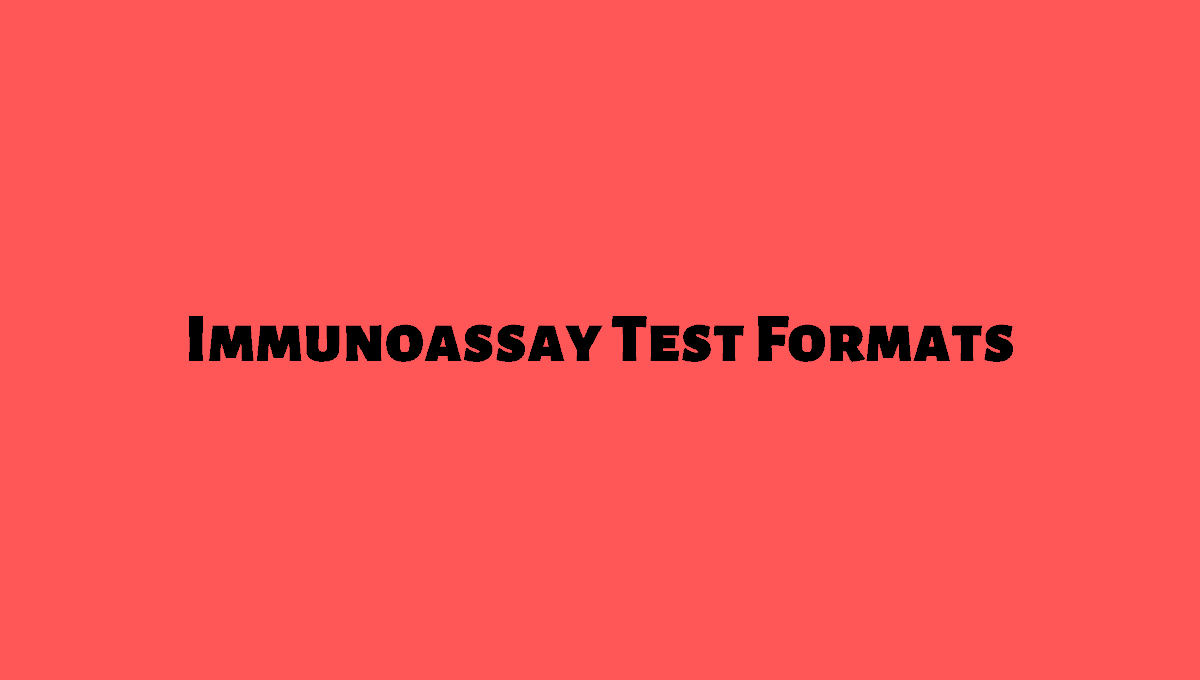 For the past forty years or so, immune-based diagnosis has been used in med tech companies and the medical world as a whole to generally improve the health and well-being will-being of humans and animals alike.

This approach works on the principle of antigen-antibody reactions and works by measuring the presence as well as the concentration of an analyte.

Immunoassay testing works using antibodies to detect microbes in the blood as well as other bodily fluids based on the principle of particular antigens binding to specific newly-introduced antibodies.

This reaction triggers an immune response. It involves a certain level of specificity because antibodies are highly specific to the analytes used, including peptides and hormones.

Antibodies are proteins produced by animals, humans included, in response to an antigen being introduced into the body. You will find antibodies in the blood as well as tissue fluids. They bind to specific antigens whenever encountered.

Due to the formation of antigen-antibody complexes, detection of analytes is now possible, provided the reagents used are pure. A color change indicates the presence of the analyte in question. The color observed indicates the amount of the target molecule present in the test solutions.

An immunoassay antibody test is quick and accurate in detecting specific molecules. They can be used both in the lab and on-site. Four common formats are commonly used in the typical med-tech company:

In this test format, the analyte is coated onto a 96-well microtiter plate. It is used to bind antibodies found in the sample. When the sample is added, usually body fluids, the antigen on the plate is bound by antibodies from the sample, which are then retained in the well.

A species-specific antibody labeled with HRP is added next which binds to the antibody bound to the antigen on the plate. Let’s talk conclusions:

The higher the signal, the more antibodies there are in the sample. Antigen-down assays can be configured as rapid tests. They are commonly used in diagnosing allergies. The patient’s blood is tested against different allergens to check if the patient has antibodies to that allergen.

In rapid tests, the antibody-antigen reagents are bound to porous membranes that react with positive samples while channeling excess fluids to a non-reactive part of the membrane. A good example of this is at-home pregnancy tests.

The sample is simply placed in a well and the results read immediately.

In this case, the sample is placed in the well, the well is washed and finally, an analyte-colloidal gold conjugate is added. The results are read after a couple of minutes. One sample is tested per strip or cassette.

Rapid tests are much faster than microtiter plates and require short sample processing. It is this very fact that makes them cheaper and much easier to use with Yes/No conclusions without needing any instrument.

On the other side of the spectrum, they are not as sensitive and their results aren’t quantitative in that they cannot be used to quantify the amount of analyte present.

This format is mainly used to measure small analytes because of its competitive inhibition in that it only requires the binding of one antibody instead of two as is the case in standard immunoassay antibody tests. It is perfect for situations where there is steric hindrance i.e. when two antibodies attempt to bind to a small molecule at the same time.

In this article:immunoassay antibody test

I am Christine Romeo, a writer and business journalist. I love to write about the latest tech innovations and business trends. I have a background in marketing and communications, so I'm especially interested in how technology is changing the way we do business. When I'm not writing, I enjoy spending time with my family and friends.