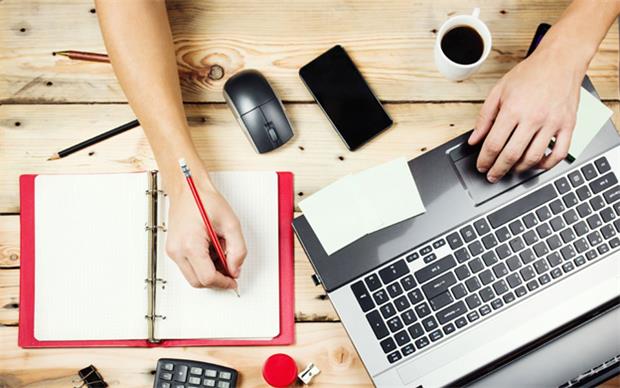 No one can deny the effect the rise in technology has had on the workplace. Fax machines are practically obsolete, presentations can be done from a continent away, and even the humble phone is getting less usage in the face of faster-moving emails and messaging systems. Although some old-school thinkers might decry this as making the office less personal, it’s indisputable that modern workplaces have been able to use emerging digital and mobiles technologies to expand their collaboration – and engage with a larger workforce outside of the office. Freelancers are some of the many workers who have benefited from this technology shift. Given that they tend to work outside of office spaces and juggle multiple clients at once, they’re able to do so with ease using the Internet, laptops, and mobile devices. They’re able to work quickly and efficiently from anywhere in the world. Since they’re becoming recognized as a valuable part of a workforce, more and more technology is being created to help them make the best use of their time. The change in technology has opened up a whole new world for those who make a living by freelancing – as well as presenting an attractive alternative for those who are tired of the 9-to-5 cubicle grind.

Let’s examine how technology has moved many workplaces towards hiring freelancers, and take a look at how a continued evolution could mean an even greater percentage of contingent workers in the workforce.

Why the Technology Shift Happened

In our whitepaper The New Face of the American Workforce, we start off by detailing how the global shift came in the 1990s and early 2000s, when many companies began to use emerging technologies to outsource tasks to outside vendors. Here’s what we had to say about it: “The first shift was from inside to outside the organization. Outsourcing and globalization whetted enterprise appetite for expertise at market rates. As economies and countries around the world adopted internet technology, many multi-national corporations and North American-based businesses discovered a highly talented and highly available workforce that was not only less expensive but also now only a mouse-click away.”

As the Internet started to make collaborating easier, workplaces adopted this new digital infrastructure in order to better connect its employees as well as bring in outside vendors. In terms of the latter, the technology shift was even more successful, as it allowed companies to save money by hiring outside vendors rather than incur the additional cost of more full-time staff. And so freelancers started to become a feasible – and attractive – option for the workplace, just as becoming a freelancer became a more financially viable option for individuals.

These days, the freelance movement shows little signs of abating, especially since emerging technologies are making it easier than ever to work for oneself. Says this article on Wired about the rise of online freelancing: “Growing at twice the rate of traditional employees, America’s new workforce – freelancers, consultants and temps – now make up 25% of the workforce. A decade ago, many of them were working 9-5 jobs close to home. But as technology innovation opened new possibilities and the economy slowed, they had to invent jobs of their own instead of waiting for job markets to return to “‘normal.’”

As the job market remains unstable in places, many talented individuals are instead equipping themselves with smartphones and tablets and turning to freelancing as a new way to make a living.

The New Frontier of Freelancing

As freelancers, contingent workers, and temporary employees start to become the norm, there are a number of predictions on how this will affect the workplace as a whole. This report by Intuit on the future of small business reports that working from the cloud will become even more popular: “The brick-and-mortar office will be a thing of the past, as the where and how people do business will change due to emerging Internet cloud and mobile technologies.” One could say that freelancers are ahead of the trend in this regard; they have already stepped away from the traditional office setting and are using apps, software, and the cloud to manage their work independently.

The Intuit report goes on to mention that millennials will change everything, signaling a generation shift within the workplace. As more digitally savvy individuals reach working age, they bring with them a different perspective on how to work efficiently by using new technology. These early adopters are not their parents’ 9-to-5 office generation – instead, they look to utilize mobile tech and online software in order to work smarter. Many of these young people are on the forefront of creating new technology to help facilitate a more integrated and mobile workplace.

Additionally, these creative professionals are more receptive to trying out new ways to work. Take, for example, Amazon’s Mechanical Turk, which allows individuals to take up tasks from customers. Here’s what Economist has to say: “The set-up uses to the full most of the capabilities and advantages that make on-demand business models attractive: no need for offices; no full-time contract employees; the clever use of computers to repackage one set of people’s needs into another set of people’s tasks; and an ability to access spare time and spare cognitive capacity all across the world.” This type of swift, reactive freelance employment – the “on-demand economy” – may just be the future of the workplace.

Forbes also predicts that more companies will be in need of Freelance Management Systems, which will allow them to better organize their freelance vendors. “We’ll see businesses embrace FMS technology in 2015 to help them access on-demand talent, enhance labor compliance, mitigate worker misclassification risk and optimize costs models,” the article states. “2015 will be the year when every business using independent workers starts talking about the need for a FMS to effectively scale a freelance workforce.”  As shown in this 2012 infographic by Mavenlink, 40 per cent of the American workforce will be freelancers by the year 2020, so companies that adopt technology to help them manage freelancers will definitely be ahead of the game.

Technology and Freelancing in Tandem

The rise in technology over the last 20 years has done far more than advance the workplace – it’s also provided an important shift towards making freelancers and contingent staff a part of the workforce. According to Fast Company, these workers currently comprise one-third of the U.S. working population, and this number is only looking to grow in coming years. It may be true that this revolution couldn’t have taken place without the adoption of digital and mobile technology in the workplace, yet as things continue to progress, it’s safe to say that the companies adapting to freelance staff first may be the ones that are best equipped for the future.

How do you think technology and freelancing will work in tandem to change the workplace? Let us know in the comments.

In this article:freelancers, sharing economy, Technology 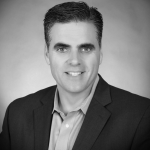 Chris is on a global quest to change how work gets done. rnrnHis extensive capital market and capital formation experiences include tenures as President/CEO of a group of specialized manufacturing/research/distribution companies. Chris worked with Ken Fisher in Woodside CA, and also spearheaded the Private Client Group at Westcap Securities representing General Electric Private Asset Management (GEPAM). rnrnChris holds a BBA in Marketing from California State University-Fullerton.