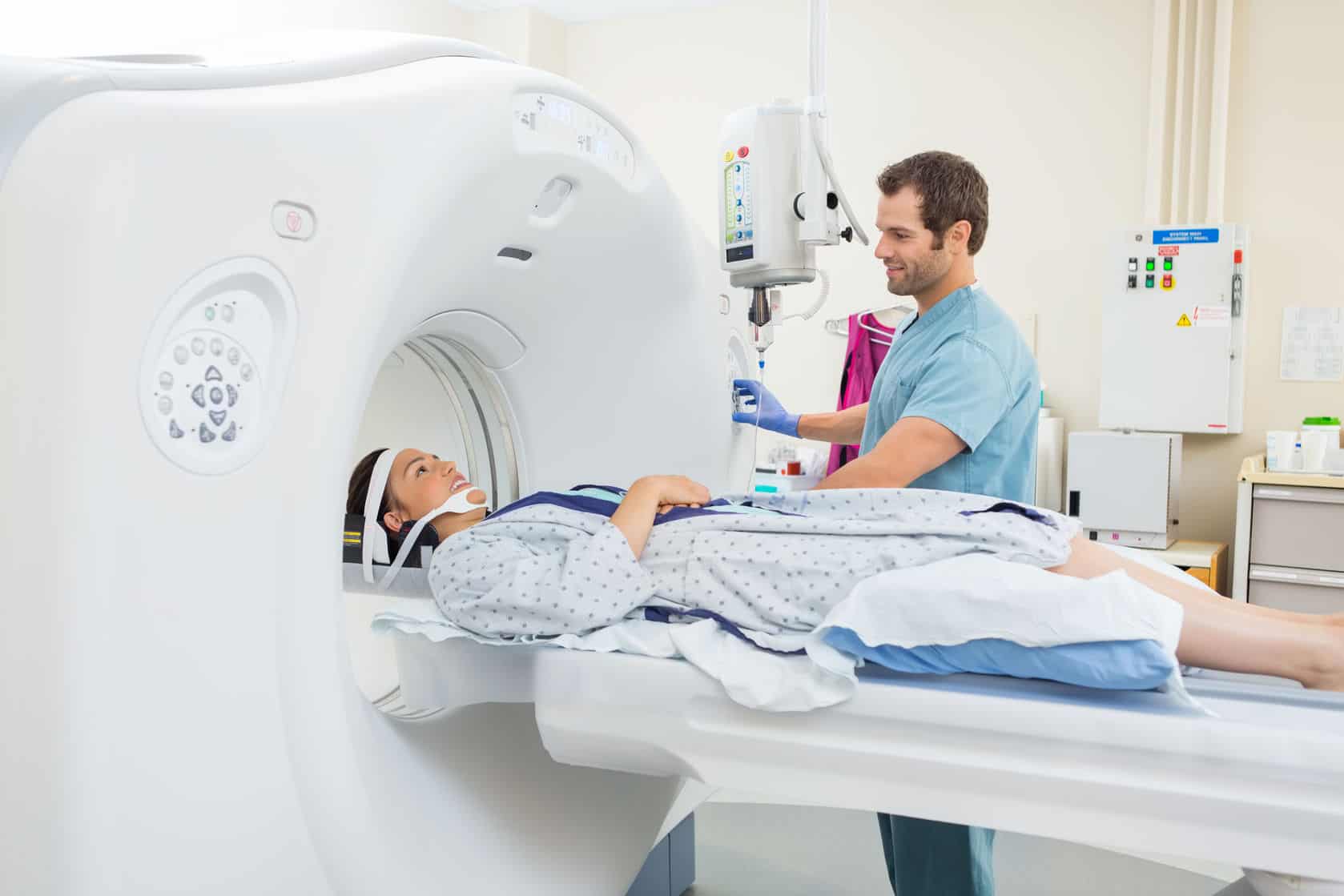 X-rays and CT scans are two of the more critical medical inventions in recent human history, with the former first discovered by German professor Wilhelm Roentgen in 1895. In 1972, medical science added the first commercially available CT scanner to the physician’s array of tools to diagnose and treat injuries and illnesses. But how do X-rays and CT scans actually work?

X-ray machines produce electromagnetic radiation. These machines send that radiation in a stream that interacts with an anode (an electrode through which a conventional electrical current enters) in their X-ray tube, an electrically polarized device. The rays created by the interactions between an anode and an X-ray tube are then directed only at the part of the body requiring examination. Once X-rays come into contact with human tissue, they produce an image on a metal film.

Our skin and organs can’t absorb X-rays’ high energy, and the beam from the X-ray machine passes through them. Dense materials like human bones, though, absorb X-rays. As with camera film, X-ray film develops depending on which areas contact those rays. The black areas on an X-ray film are where the rays have passed through soft tissue. White areas represent bones and other dense substances that have absorbed those X-rays.

The “CT” in “CT scan” stands for “computerized tomography.” CT scans are 2-dimensional images made of just a section of the human body, though the CT scans’ data can create 3-dimensional images. CT scanners, such as what you’ll see at medical examination centers like MH Imaging, emit a series of precisely-controlled radiation beams. These narrowly focused and very precise radiation beams pass through your body as the CT scanner moves through an arc.

X-ray machines produce only a single radiation beam. The precise, multiple rays created by a CT scanner make a more detailed final picture than any X-ray machine. CT scanners also “see” hundreds of tissue densities and even tissues within an organ such as the liver. The images created by these beams go to a computer, which in turn builds a 3D cross-sectional picture for display on a computer screen. In some CT scans, a contrast dye is also injected into the patient to show specific areas such as the abdomen more clearly. CT scans are also highly safe because of their precisely controlled and focused radiation beams.

CT scans and X-ray machines are complicated and advanced pieces of technology. They perform different scans, but they both help patients get feeling better. There are many other pieces of medical technology at a doctor’s disposal to help treat patients. All of these help lead to a healthier and safer life for all of us.

X-rays and CT scans are medical wonders. These diagnostic devices allow physicians to easily see bones and organs and quickly deliver a diagnosis and then develop a treatment plan. It’s also safe to say that X-rays and CT scans have helped save countless lives over the decades and that they’ll save many more in the years to come.