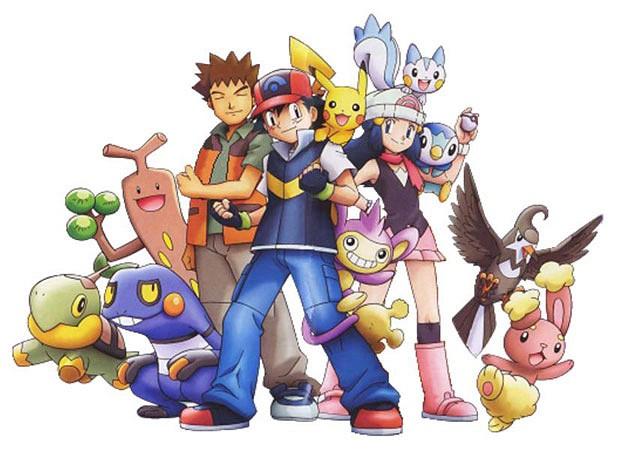 Seventeen years ago, an avid bug collector and video game nerd in Japan came up with the idea of designing and marketing a game set in a world with a complete lack of competent adults, child safety laws, and normal animals that can’t accidentally kill people with flaming tails, pressurized spit, or lightning bolts. Using a clever portmanteau of the words “Pocket” and “Monster” as the title, Satoshi Tajiri slapped an adorably fat yellow mouse on the game cover, unleashed Pokemon Red, Blue (or Green, if you’re Japanese) and Yellow on an unsuspecting gaming population, and proceeded to make all of the money. Over the years, we’ve seen more and more installments of this game; and I’m guessing Nintendo will keep releasing new ones until it runs out of colors and gemstones to name them with. I could be wrong, though, seeing as they’ve already started using letters as well. Nevertheless, the premise remains the same: pelt unsuspecting animals with hard, round objects and make them stronger by training them and giving them food items, pretty stones to hold, and a ton of candy. Supposedly, the time they’d be spending with you would be more than enough to make them friendly, reliable in a pinch, and generally agreeable (I still think it’s the brain damage that comes with getting bonked on the head repeatedly with a tiny plastic ball that makes them subservient, though, but I digress).

Perseverance, competitiveness, and Stockholm syndro- er- friendship aren’t the only lessons you can learn from the Pokemon games, though. In fact, the whole franchise can be treated as one big metaphor for the nature of technological innovation.

In the first generation of Pokemon games, there were 151 different kinds of Pokemon to catch. Yes, I actually managed to catch Mew, and no, I didn’t use a GameShark. My point is this: you can play through the entire game and finish it without having to collect all of the Pokemon. Having a full Pokedex (the electronic encyclopedia that records data on Pokemon you’ve caught) isn’t necessary to beat the final bosses. In fact, it’s more of an auxiliary device than an actual game requirement. However, it’s painful to look at a Pokedex with blank entries (and downright heartbreaking if you’re one of those obsessive-compulsive gamer types). Technology is no different. The appearance of every single new gadget or innovation compels us to spend money on things we don’t really need. Why, exactly, do you need the newest version of the iPhone, when you already have a business phone (read more) that works just fine? Why do you need another e-book reader? Because. These days, it’s the existence of technology that creates the need for it, and not the other way around.

Part of the fun in playing Pokemon is seeing your furry/scaly/ghostly/what-the-HELL-am-I-looking-at friends grow more powerful (and change their looks) by gaining levels and reaching their next evolutionary stage. The adorable Pikachu grows bat ears and a brown spaghetti tail when he evolves into Raichu, the timid Charmander turns into the dragon-like Charizard, and Voltorb rolls over and grows eyes on his butt as Electrode. In the same way, technology “levels up” constantly. Sometimes, “leveling up” comes in the form of updates or improved versions of existing products (like the newest versions of Android or iOS devices) or new products that just might change the tech landscape completely (Kickstarter success stories like the Pebble E-Paper Watch, for example).

Gold Standard? Give It A Year

In the first generation of Pokemon games, the lead character (Red) had to travel from his humble home in Pallet Town all the way to the Johto League Headquarters to beat the Elite Four (and – 17-year old spoiler incoming! – his rival) and be crowned king of all the Pokemon trainers or something. With each subsequent generation came a new set of Pokemon to capture, a new region to conquer, and a new Elite Four to vanquish. Similarly, when it comes to technology, there is no such thing as an “ultimate” device. The very nature of technology means that at some point, the smartphone you’re holding right now will be about as cutting-edge as a brick. Remember when everyone was excited over the Xbox way back in 2001? Now, everyone’s talking about the PlayStation 4 (and how Sony gave Microsoft severe burns at E3, hah).

There is No “Real” End

Congratulations, you’ve managed to beat the game. You’ve kicked the crap out of your rival’s Pokemon, and the world is now your oyster, as…wait, what’s that? You still don’t have a complete Pokedex? For shame! Go out there and catch the ones you’re missing. Go on. We’ll wait. After all, you have plenty of time until the next installment gets released, after which you’ll have to start from scratch all over again. It just never ends, does it? Again, just like technology. As long as we’re around to appreciate shiny things, spend money, and complain about everything, there will always be new leaps in technology. There will always be a new portable computer, a new phone, or a new music player for us to purchase. The cycle will never end, and we will never be free.

Unfortunately, no matter how many times you compare and contrast Pokemon and technology, I don’t think we’ll ever understand why Grass-type Pokemon suck so much.