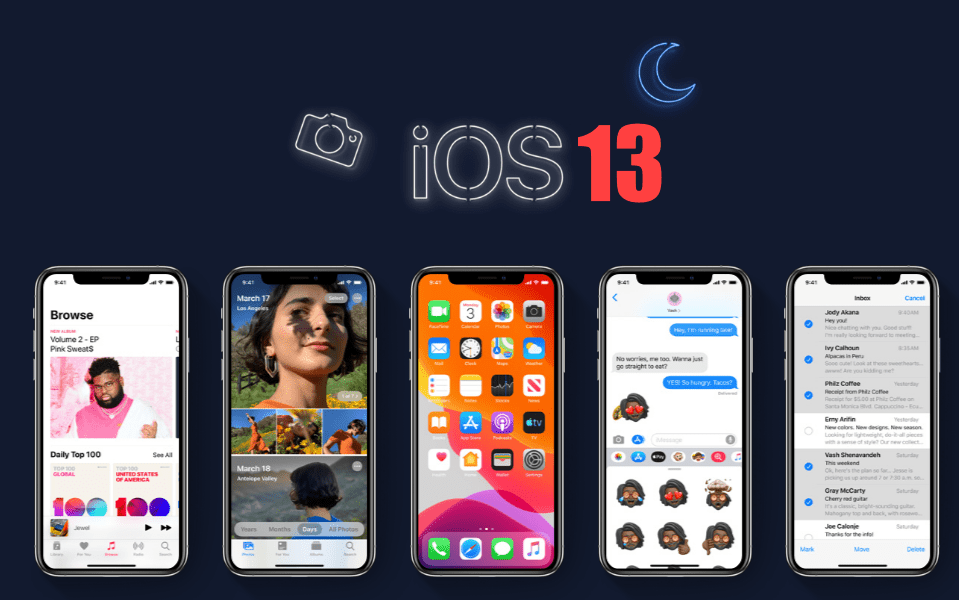 Following the trend of announcing a new OS every year at the Apple Worldwide Developers Conference, Apple released iOS 13 this year. It promises a long list of new features and improvements. Keeping in line with its optimization trend, Apple has made the new OS substantially better than iOS 12 with huge overhauls.

While the iPhone 11 boasts the fastest processor available on the market, Apple hasn’t forgotten about its users who are still sticking to their older gadgets. The free update can be installed on iPhones going back as far as 2015’s iPhone 6.

Apple also released a new iOS SDK for its developer friends. For example, now developers can build apps in dark mode and also use inbuilt cloud kits, AR kits, and pencil kits. This will help development companies build better apps. Many businesses are already developing apps for the new platform.

If you are a new or existing business and want to hire a development firm for your venture, We would suggest doing thorough research. Let’s say you need an iOS app developer. Then you need to take a look at top iOS development companies’ reviews before making the final decision.

We tried out the new features and were blown away by the sheer number of new changes they had to offer.

In this article, we take a look at iOS 13’s new features, from Dark Mode to new photo app improvements, Sign-in with Apple, and many more. With the OS having so many new elements, we are putting together a list of the top 13 iOS 13 features that you should know about.

Dark Mode is here at last!

This list would be incomplete without mentioning Dark Mode. It is one of the most awaited features by iPhone users. So what’s all this buzz about?

Dark Mode gives the iPhone a new look. It turns the buttons and elements that are conventionally white into a black theme to make the screen appear easy on your eyes. Not limited to stock apps, this feature can be leveraged by third-party apps as well. Turn the dark mode on or off from the control center, or you can set it to automatically turn on during the night.

Apple takes the privacy and security of its users seriously. This feature allows its users to log in to a website or an app using their Apple accounts via Face-ID or Touch-ID. Removing the need for third-party sign-ins from Facebook and Google gives the website or app access to scoop up massive amounts of your sensitive data.

It generates a dedicated email login address randomly every time you log in. This will throw spammy apps and marketers off your trail.

Siri gets a new voice.

The virtual assistant, Siri, has seen a voice update. Rather than using a computer-generated voice, it now uses a neural text-to-speech engine to mimic human speech, thus making the modulations better with a tone that sounds more natural. This feature is an update to the iOS 12 Siri.

What’s more, is that Siri now works with in-app shortcuts and with Apple devices like the Homepod and Apple Carplay. You can transfer a call from your iPhone to the Homepod by simply asking Siri to do it.

The new Siri comes with AI-assisted templates like going home or heading to the gym. It helps you achieve your fitness goals and keep track of your daily tasks. In addition to that, new versatile features like Live Radio support can access stations from iHeartRadio, radio.com, and TuneIn.

Apple Maps is gearing up to be a strong competitor to its Google counterpart. Google’s maps have always been ahead of Apple’s, but with iOS13, this is about to change. The rebuilt app now features precise addresses, has detailed landcover, and is pedestrian-friendly with broader road coverage. The new structural and vegetational data surpasses even that of Google.

Google Maps also gains its own Street View-like feature called “Look Around,” which makes Google’s offering look aged. The improved app is available now for select cities but should be rolling out across the US by 2019 and arriving in other countries by 2020.

The Photos app has been redesigned, as has the video editing software.

One of the biggest features in iOS13 is the photos app, given how camera-centric the new iPhones are. In the new app, photos and videos are intelligently organized. It features a tab layout that makes browsing your photos easier. You have the option of viewing all the photos at once, plus there are separate tabs that show photos categorized by day, month, and year.

Among the other new features in the Photos app, the best feature is the ability to edit in new ways. There are new editing tools available in the app that let you fine-tune your photos by controlling any adjustment or filter. The noteworthy feature here is that you can even use your photo editing tools, like crop, rotate, and auto-enhance, to edit videos.

Memoji is Apple’s version of Bitmoji. Memojis are available in the Messages app and are highly customizable. Another feature is the Memoji stickers. They turn your Memoji into sticker packs built into the iOS keyboard so you can use them in any message, email, or send them as an image. Along with a ton of new Memoji options, Apple has added three new Animojis, i.e., the mouse, cow, and octopus.

The Messaging app has a new profile feature that lets you share your name and photo with people. Memoji and Animoji stickers are available in the emoji menu on the keyboard, easily accessible on every messaging app. This feature will soon be available on WhatsApp too.

Expect your iPhone to get even faster with the release of iOS 13. Face ID unlock on Apple is already quite fast, but Apple claims that it is now 30 percent faster when compared to iOS 12. There is a nearly imperceptible pause between you facing towards the camera and the unlocking.

Apple is also changing the way apps are packaged in the Appstore. This results in in-app downloads becoming smaller in size by 50 percent, and the app updates are now reduced in size by nearly 60 percent. It means that apps will take up less space, require fewer data and download faster. This has a major effect on app launch speed.

Launching an app means reading it from storage, decompressing the compressed bits, and storing the active parts into RAM. When an app is half the size, this process happens twice as fast. Apple also made iOS 13 faster in other significant ways, making lots of apps faster, smoother, and more responsive.

In addition to all these new features, iOS 13 has a host of other improvements that will allow development companies across the world to build better applications. Many are already revamping their apps to sync with this new platform. Developers are enabled to build better iOS apps now. This will result in an improved user experience.

We hope this article has helped you gain insight into the major changes in iOS 13. With a significant update to this OS, more developments on this platform are expected to follow suit. 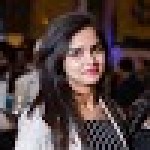 Twinkle keeps a close eye on the latest and trending tech releases. With her wise taste of the tech industry, she has single-handedly handled created recognizable brand image.