When you look inside Instagram reinvention you will see that most of the creators and developers of this photo and video sharing platform looked beyond the minimalism concept and more focused on the building mode.

In 2015, Instagram experts realized a couple of this such as:

It was seen that different business brands, small and big, along with several celebrities and publishers who use this platform for their business and professional benefits. With such an increase in the customer base and the diversity, there is an increased pressure on the users to take the perfect photo and share it on Instagram.

A consequence of the surge

As a consequence of this surge and shift in users, the Instagram feeds of its users are now more peppered with over-produced and even inauthentic pictures that reflect the lives of the people in a wrong, if not incorrect way.

Now, the platform and its feeds have become a digital game. Users now will have to keep up with the changes in the system. This compels the users to keep the bar high and rising continuously. This is done with the intent to maintain the quality of the pictures and what they want to achieve through their posts.

Instagram, in fact, did not want that. According to a report of The Information published in June 2016, this is because:

On the other hand, Snapchat, another popular app for messaging that Facebook wanted to buy but failed, also offers the young people with an idea and type of experience that Instagram could not.

The idea behind was to covey that Instagram is actually not a low-pressure way to post and share pictures and videos simply because these do not stick around online. It is for this reason, sometimes, it is quite hard to get Instagram followers.

Moreover, a study from investment bank Piper Jaffray revealed that:

This means that teenagers especially will choose Snapchat over Instagram for information, news, tips, suggestions and even for help in exigencies.

It also means that there is an immediate need to change the features, functionality and offers made by Instagram. It needs to evolve and such changes, experts thought, should be made based on the priorities that this platform once had in its early days.

This resulted in a major product push and updates made in the Instagram platform in 2016 to make it more honest and authentic and to encourage the users to share their posts beyond the customary feeds with their friends and families.

Some of the major updates made since then include:

With such an extensive product and feature revival the platform now has really become more innovative and important than before.

Instagram now has got much bigger as the product organization started to use it even more. However, even with such a growth in its user base, Instagram is still compared to peers and considered to be small in comparison.

When you compare the staff count and the number of users of different social media platforms you will see that Instagram has made the maximum advantage of its deft staff. According to a report it is seen that:

The reason for this difference is that Instagram is owned by Facebook and therefore has the edge and luxury of using different resources of Facebook such as the data centers, advertising technology and content moderation. This means that Instagram builds and support these on its own like its competitors have to.

The turning point in social media

The change that has been the turning point in social media is the removal of the ‘like’ counter by Instagram, though in select geographic areas. This is an interesting change which the industry experts think was a long-overdue measure.

Ideally, this change is a techno-social experiment and there are a lot of benefits of it along with some unintended cons.

This, in fact, cements the place of Instagram in the social medial and digital landscape enabling it to take a few risks to follow the philanthropic purpose of ensuring mental wellness of the users. 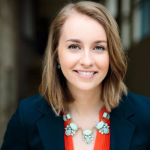