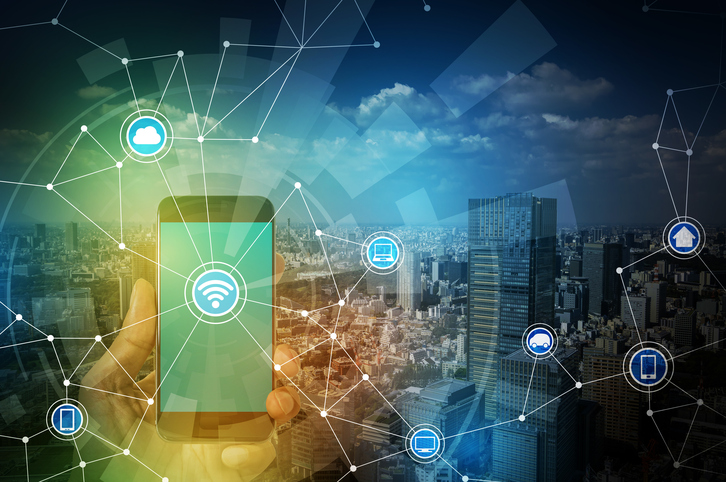 There were modern technological concepts like the flying cars, artificial intelligence, robot assistants and much more that we had first seen in many Sci-Fi movies. Yet, it was not only in Sci-Fi movies but also in magazines, where we could find novel technological ideas, and one of the most popular magazines that featured images of fantastic futuristic technologies was that of Shōnen Magazine—a magazine known in Japan since 1969. This magazine showed in the past some illustrations of the future of computers and how people could work with computers. This magazine likewise showcased the futuristic visions of modern technologies that could be applied in classrooms, homes, hospitals, and almost everywhere. What the Sci-Fi movies and Shōnen Magazine showcased in the past are now happening at present, and now we are already enjoying the technological ideas which were once only conceptual several decades ago.

Smart devices are all around us now. If you would simply look around and ask some people if they own a handheld smart device, they would surely answer you affirmatively. We are already living in the world of smart devices and internet. Moreover, various technological systems like the Internet of Things (IOT) and Machine to Machine technologies are now operating around us. With these technological systems at hand, we can now collect and exchange data and information at a tremendous speed anywhere and anytime. Moreover, there are now various organizational and business networks that operate around the world, and these networks are, in some way or another, connected to the internet.

Some of these networks harbor sensitive files and information about their clients and about their organizations that have to be secured at all cost. Hence, most of these organizations and businesses, are hiring security managers and employing security measures to protect their networks. If the cyberspace is populated by angelic surfers, then it would be okay not to be wary of cyber-attacks. Yet, it is not the case, for the cyberspace is filled with demonic cyber-attackers that have nothing to do but to break into highly secured networks to pilfer the sensitive information of these networks. Hence, it is necessary for network security managers to employ the necessary security measures to prevent the onset of cyber-attacks. One such security measure is the use of deception technology. War can never be won without deceptive measures. Similarly, if you want to win battles in the cyber war, you need to employ deceptive measures.

The good thing about using deception or intelligent decoys in securing IoT lies in its ability to precisely recognize cyber-attacks. Unlike the IPSes and IDSes, it minimizes the false positives in detecting the threats which make it more accurate that other security measures. Intelligent deceptions use decoy networks that prevent your system from slowing down due to the overloading of events. Another advantage of decoy network is that it makes use of traps, called honeypots that are designed to slow down the progress of attacks, allowing security managers to identify the motives and nature of the attackers. During this process, security managers can also readily identify the possible counterattacks that they can employ against the intruders. These benefits make intelligent decoy network better than any other signature-based and/or anomaly-based systems in securing.