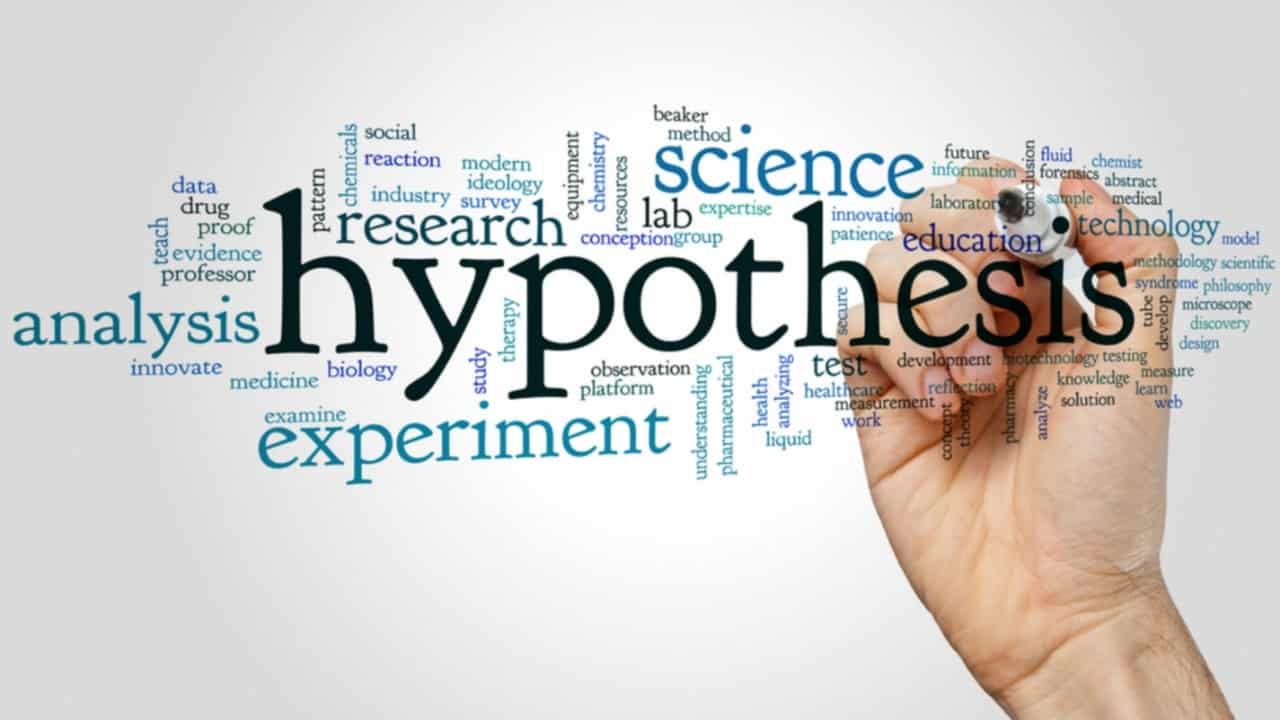 A hypothesis is a statement that explains and predicts the outcome of an experiment or test. If you are researching and testing something, it’s important to create a hypothesis before diving in so you have an idea of what result you expect and how to prove it once the test is complete. However, just because this is one of the most important steps in scientific research doesn’t mean it has to be difficult to implement. Your hypothesis is an incredibly important part of your experiment, but it’s something that students struggle to create. This article will show you the best and most effective ways to create a hypothesis, so you can get right down to running your experiment and getting results!

Steps To Create An Effective Hypothesis

A hypothesis is an educated guess about something you wish to test, prove, or disprove. Whatever approach you take to form your hypothesis, remember that it needs to be falsifiable, testable, and clear. It is important to know what you are testing and how you will know whether it’s successful or not. This means that if someone asked you to conduct this experiment again, with the same conditions and results, you would be able to do so and come up with the same findings as your original study. You can create a hypothesis in many ways, but it typically follows the steps mentioned below and create a powerful hypothesis for your research.

Before creating a hypothesis, you have to choose an area of research. This area will be your primary focus during hypothesis creation, so you must spend some time thinking about it before getting started. There are several ways of choosing an area of research, but most recommend starting with something that has personal or professional relevance and interest. Hiring a dissertation writing service UK can be a good choice as the best writers will be working on the formulation of the research problem.

Step 2: Come Up with Many Ideas as Possible

After choosing a research question or problem, you must come up with as many ideas as possible before focusing on your chosen idea. Take out a notebook or whiteboard and start brainstorming. Allow yourself some time to formulate ideas without restricting yourself too much. Get all of your thoughts down on paper, and then revisit them later once you have more direction. Put things into categories like what might work, what might not, etc.

Step 3: Do Some Primary Research

Before conducting experiments, ensure you have a firm grasp of your niche. It is the most important step to create a hypothesis. If you’re having trouble thinking of one, conduct some preliminary research. It will help you discover problems in your niche that need solutions. Conducting research can also lead to potential collaborators, which will be helpful as you develop and test your hypothesis.

You’ve got data, found insights, and are on your way toward creating an effective hypothesis. It sounds so simple, but remember that it’s possible and very common to see what we want. Before testing any hypothesis, make sure you can objectively interpret all evidence.

Formulating your hypothesis is vital in helping you define what it is you’re testing. A well-formulated hypothesis should be testable and falsifiable. Once you understand what you are trying to explore, identify specific variables.

In other words, it needs to define what will happen if one thing happens on the independent variable and compare that to another possible outcome if something else happens to the dependent variable.

A hypothesis should be based on a testable question that your experiment could answer. A hypothesis is your vision for how everything will work in practice. Remember to include: who, what, where, when, and why are always great here. Take as much time as you need to get every detail right before moving on.

Examples of un-testable hypotheses include: this new treatment will relieve pain, and people who take this advice will do better than those who don’t.

It is not an acceptable hypothesis if you can’t answer your question through an experiment. The hypothesis should be narrow in scope and should relate directly to what you are testing or observing with your research.

When you cover all the above steps, the next is to write a competitive hypothesis. Keep in mind that you need to create a hypothesis that is clear and concise. Generating competing hypotheses is important in validating whether your idea is worth pursuing. This can be done by writing down 2-3 competing explanations for how something could work and seeing which ones ring true. For example, people who exercise more are healthier. Write out your hypothesis in plain language so that anyone can understand it.

The most important part of any research project or experiment is the hypothesis; it states what you will prove with your research and how you will prove it. Thinking carefully about your hypothesis is important because the wrong one can destroy even the best research project or experiment. The above-described strategies will help you create an effective hypothesis, and you should use them in any situation where you want to create a hypothesis.

A hypothesis is an educated guess about what will happen. It is based on research and can be used as a form of planning for testing. A hypothesis is most important in scientific research because it allows scientists to test if their findings are accurate by creating an experiment that can support or reject their original claim. This thing makes it an important part of an experiment, and although they are not used in every field, they are certainly useful!

Creating a hypothesis refers to an educated guess explaining something you have observed. For example, hypothesizing means looking at information and using your imagination to analyze the cause and effect of the problem. In science, you typically use a hypothesis when testing something. You can test your hypothesis by predicting how things will turn out. These predictions are called outcomes. An outcome is based on your hypothesis and could be either positive or negative. Depending on how much it agrees with your original guess about what was happening in that experiment. The above guidelines will help you to create a hypothesis.

Tyler Archer is a digital marketing manager, managing over 20 online projects. He completed his Bachelor's degree in Computer Science from Oxford University London. His areas of interest are Artificial Intelligence, robotics and the Metaverse. He is also brilliant in academic writing and works with the best dissertation writing services provider firm in the UK as a computer science dissertation writer.