Do you have the courage to stay off the Internet for just one day – a mere 24-hours? If so, you’ll be joining one of the most important websites and voices on the World Wide Web.

Jimmy Wales, founder of Wikipedia, the world’s encyclopedia, announced that on Wednesday, January 18, 2012 Wikipedia will “go dark” in protest over two internet censorship bills currently in US House and Senate.

Starting at midnight on the 18th, the English-language version of Wikipedia will be offline in protest of the Stop Online Piracy Act (SOPA) and PROTECT IP Act (PIPA). These bills, currently being debated in both the US Senate and Congress, take aim at websites offering pirated content, and any services and products that aid these efforts.

These two bills propose not only to make these types of websites unavailable through traditional search engines, but also removed from Domain Naming System (DNS) servers.

Removing these websites from search engines won’t affect a person’s ability to type in the name of the website, or to use established bookmarks in their browsers. However, removal from DNS servers, which are how website names are actually resolved and found, would prevent access to these websites.

Wales, in an effort to send a serious and resounding message to the US government, has indicated that internet users who attempt to use Wikipedia on the 18th will, instead, hit a “landing” page that essentially states that the Internet must remain free.

Mounting pressure from other internet companies has already affected some change in Washington D.C. A handful of SOPA’s supporters, including SOPA sponsor, Congressman Lamar Smith (R-TX), has indicated he will be pulling the DNS-removal language from the bill.

Over in the Senate, at least six senators currently serving on the Senate Judiciary Committee have sent a letter to Senate Majority Leader Harry Reid (D-NV) to postpone any votes on PIPA.

“While we believe that online piracy by foreign websites is a serious problem that requires a serious legislative response, we will not support legislation that reduces freedom of expression, increases cybersecurity risk, or undermines the dynamic, innovative global Internet.”

The pressure is clearly mounting on federal lawmakers to think twice about what they’re doing, and when heavyweights like Jimmy Wales and his creation Wikipedia jump directly into the deep end, the waves are bound to get onlookers more than a little wet.

To view the debates and discussions that have ensued since at least October of 2011, and to see the many ways that SOPA and PIPA will hurt content providers, click here.

Won’t you join Wales, Wikipedia, and hundreds of other websites on Wednesday, January 18, 2012 and “go dark” for a day? It could very well be a liberating personal experience, and should send the final, crushing blow needed to put an end to SOPA and PIPA. 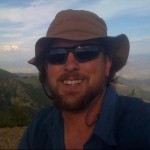