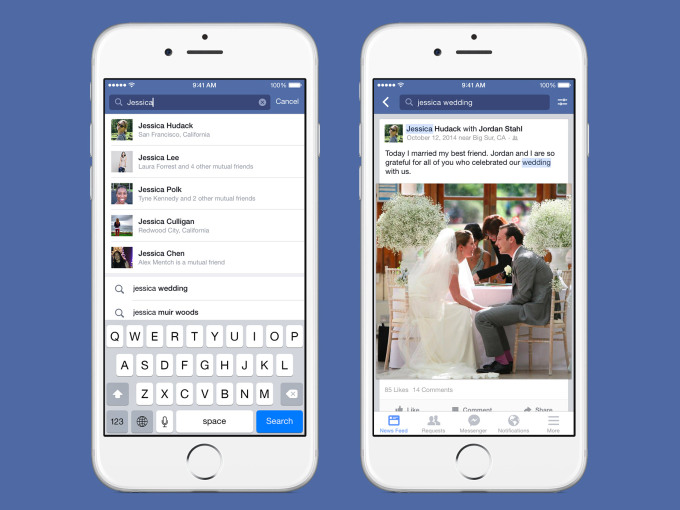 Recently, Facebook has revealed its latest update: Enhanced Graph Search with Individual Post Search Function. When I first heard about it, I thought this was old news. However, upon reading the article from Tech News World, I realized that it was not the case, and all of my doubts ebbed away in oblivion. In fact, an individual post search has many perks. Have you tried scrolling down your Facebook timeline for that popular post you’ve missed? Have you spent minutes of precious time just to look for that cute video you saw in the morning but is now buried deep in a multitude of posts? Finally, Facebook heeds the call for the incessant demand of this shenanigan. I can almost hear everyone saying “at last”!

Here are a few reasons why it’s a nice update. First of all, the former version of the Graph Search had never truly reached its full potential that was marketed by Facebook. Yes, you can search for certain people and add a bit of keywords to filter the search, but it’s still pretty much rigid. With the useful update, Graph Search has become more scalable. It’s nice to see that enhancements are being made solely “for the users” rather than changing services that we are used to having for Facebook’s advertising purposes. But of course, making its content readily available for dynamic search is a bold move of the social media giant. Google, LinkedIn and other platforms have threaded this territory a long time already. Facebook, on the other hand, is just starting to cope up in the race of indexing its content. And the question that really matters is that, is the update a bane or a boon? Will this new function of Facebook bring more evil than good? Will it put the privacy of its billions of users in a detrimental state? Do these privacy issues outweigh the benefit of connectivity and convenience?

Truth be told, only time will tell. Whether this is just another business motive of Mark Zuckerberg, or is it really rolling out according to the “for the users” advocate that Facebook emphasizes, the success of this change will depend solely on how it will be received by the public.