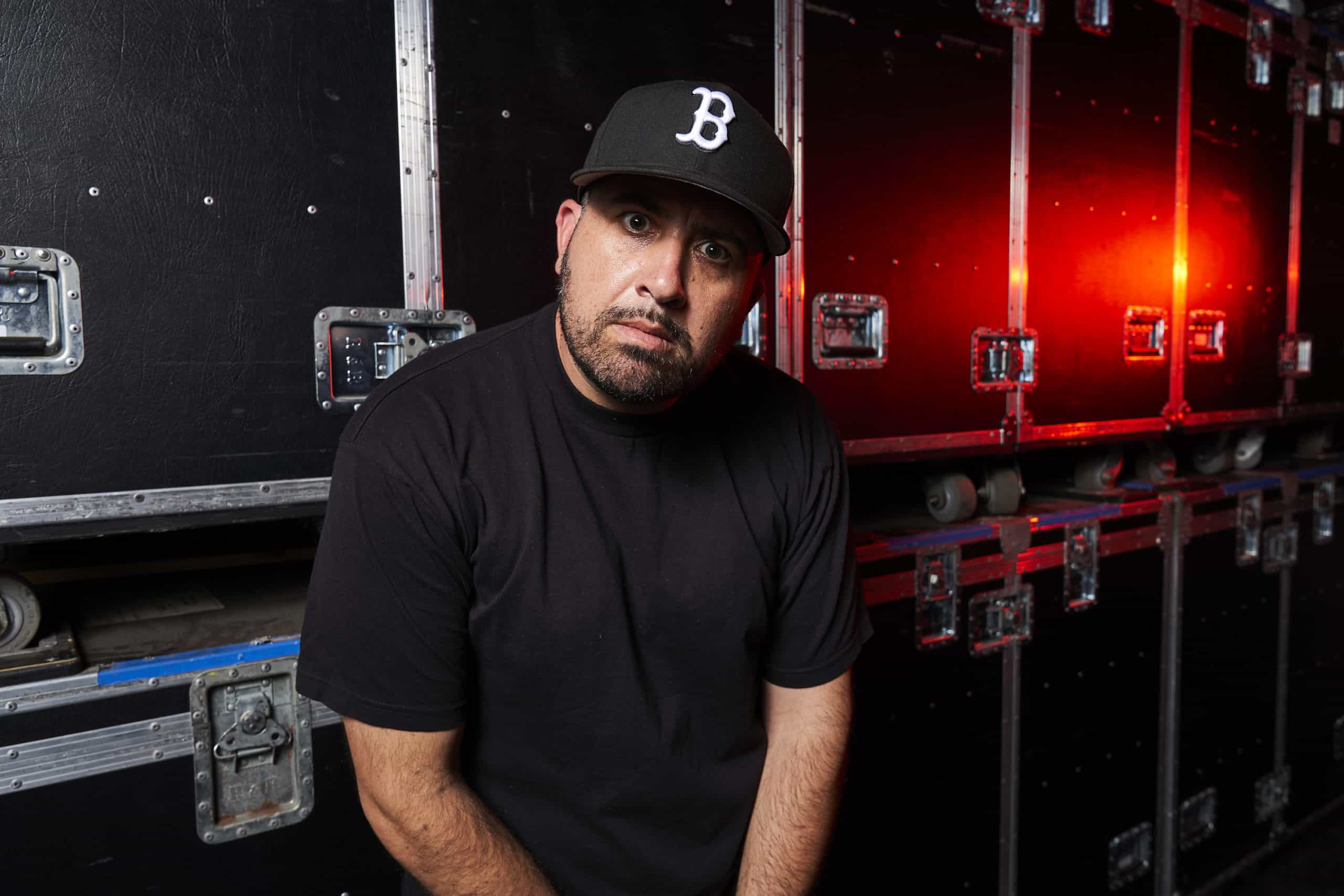 Can you please introduce yourself to our audience and tell us about your background.

My name is Bubba Ginnetty. I am a stage designer by trade and expertise and Stand Up Comedian by craft and passion. I have been doing both simultaneously for over 10 years. I am originally from Boston, Massachusetts which is where I got my quick wit as well as my tenacious work ethic from.

What inspired you work in music/production and comedy?

I grew up in a music household. My basement was filled with records and my dad was always playing music and singing. My brother was the on-air personality of the best hip hop show in Boston when I was in high school so I was interested in music early on. Comedy is the norm in Boston. The quickest one with the jokes or the one-liners the more popular you are and more girls you get and the less you get picked on. I knew I could hang with the best of them very early on in my life. I was great at deflecting which is what Comedy essentially is in that atmosphere.

Tell us about the inception of InCrowd. What led you to create this? 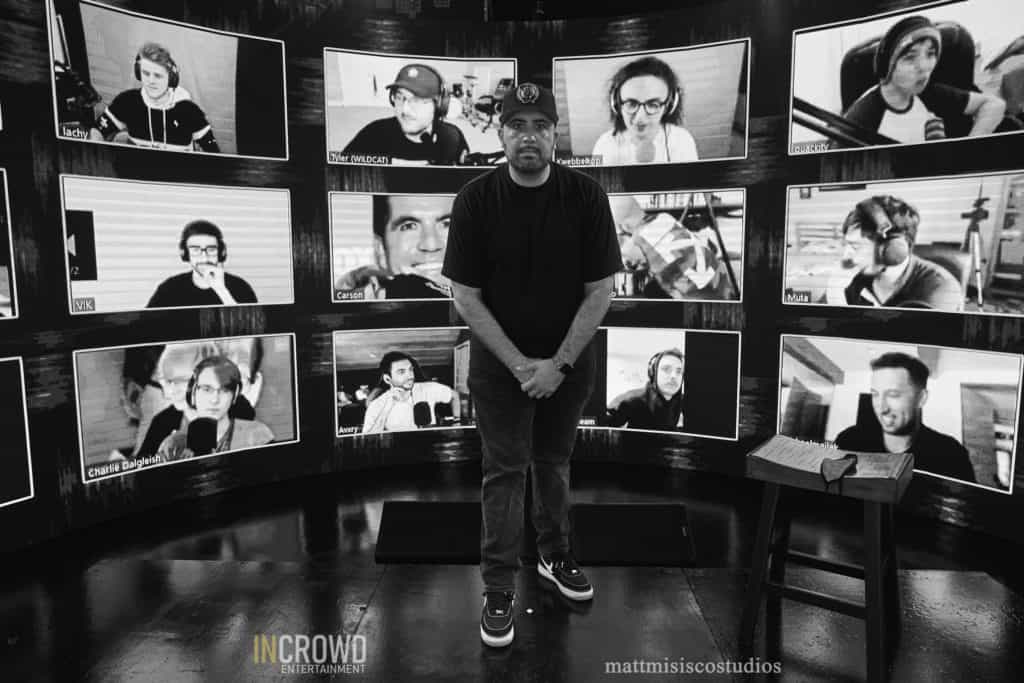 I was on a bus tour with one of my partners for an Artist named Tchami. We had done the stage design for the tour and we were out executing it. We were two weeks into a 9-week tour when the pandemic started canceling events. At this time it was everything over 1000 people. On our way to the airport we called our other partner in Los Angeles and told him to get all the gear and cameras we needed delivered to our warehouse so we could be ready for the business to change in an instant and we wanted to be ready to pivot and innovate. We were doing music streams first like for Alesso for Tomorrowland, etc. A few weeks in, I was standing in the middle of the production we had designed and I had a thought about how comedy was dead without audiences and how we needed to revive it in some way and InCrowd was just a thought in that moment that I didn’t know would work right or sound right or look right. From that moment forward it has been our primary focus.

What is your unique selling point? How do you separate InCrowd from others?

We are doing what a lot of people doing things “similar” aren’t. We are using audio as the main component from our audience experience. Also, ours is creative directed better than most things we have seen. Also, everything else is a work for hire situation like the bubble with the NBA, etc. We are building a brand and a format that can be utilized and experienced by a variety of different artists and genres. Also, InCrowd is LIVE! Where else in the world have you been able to interact from your home with your favorite comedian or artist and they respond in real-time and the other attendees see and hear it as well? It is pretty special. 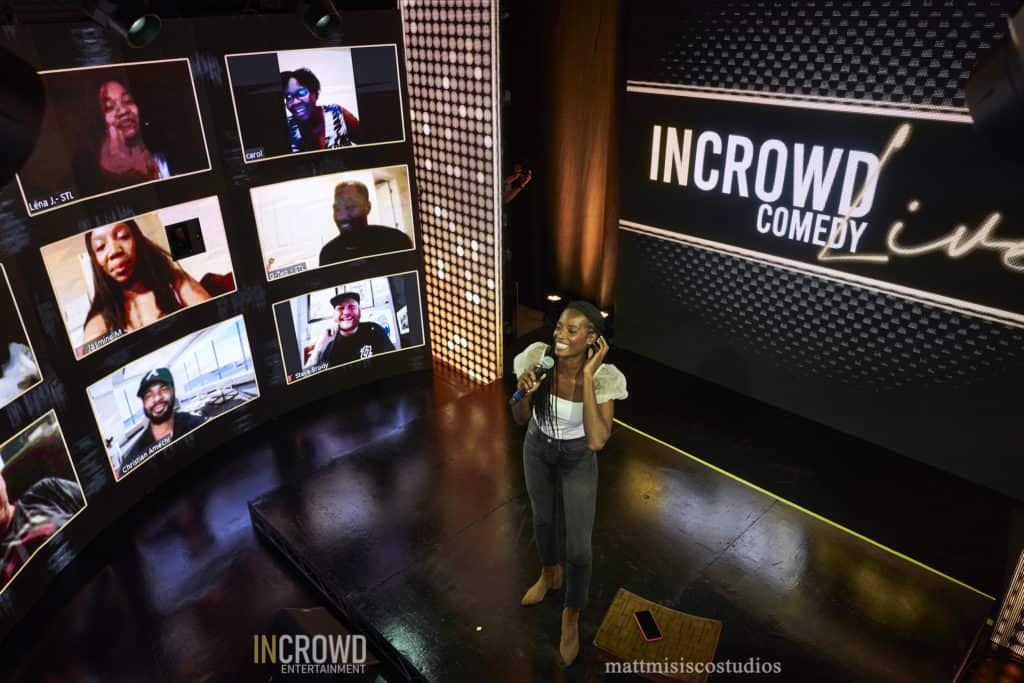 The three biggest benefits for the audience is the interactive element. They can be seen and heard by their favorite artist. You don’t even get that in the front row on a tour. Also, convenience. You don’t have to leave your house. Thirdly, the price. One ticket can be viewed by everyone in the house and there is no two-drink minimum.

For the performer, having no latency is the best part. Other virtual shows have a delay and also don’t have audio hitting back the way we do and have it be clear. You can feel the response that you need in real-time. Second, being able to connect with fans directly that can’t normally get out to a show for a variety of reasons, whether they don’t live close to one of the big markets or they can’t afford it or have a disability. This is a way for an artist to cover a lot of ground without you yourself having to travel anywhere. Lastly, it looks pretty damn cool. The content you get from one of these shows is really unique and enticing and that is insanely valuable.

Who is your target audience? 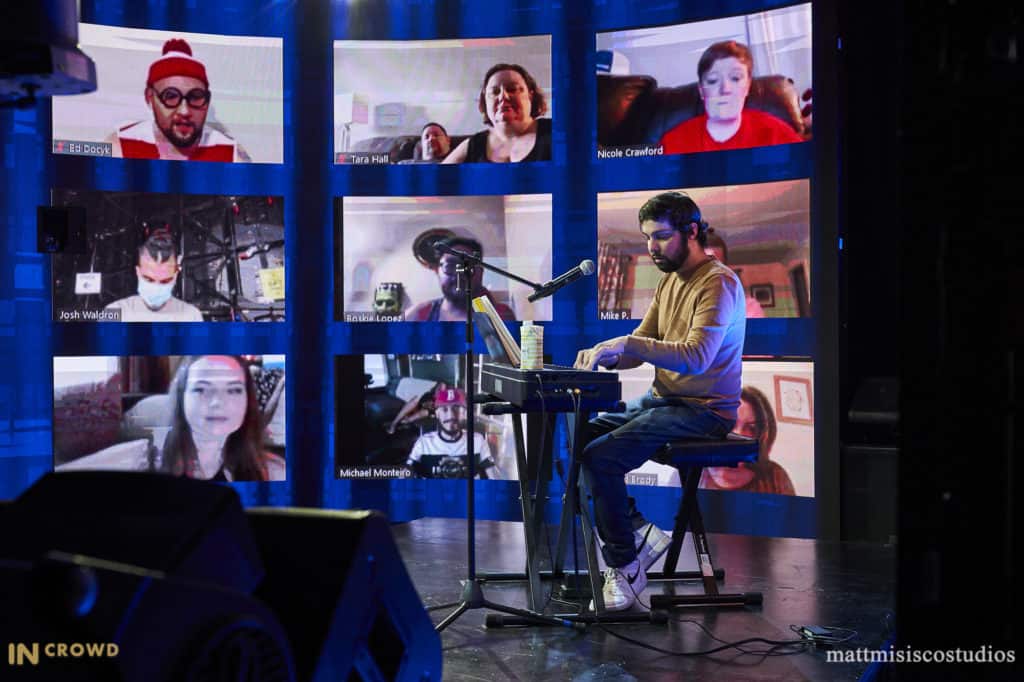 Everyone. Anyone that loves comedy or music. Anyone looking to escape from their regular life during this tough time and just experience some live entertainment from the artists they love in the safest way possible.

Who are some of the biggest names that have performed so far on the InCrowd stage since its launch? What were their experiences like?

Every comedian and musician loves their InCrowd experience. Most of them come back and want to do something again and different. We have had some huge names from Ron Funches, Iliza Shlesinger, and Taylor Tomlinson. We have a show coming up with Jim Jeffries. We have also had musical performances with Tyler Rich and one coming up with Omarion. It is pretty cool what we are able to produce. We even have been producing a monthly show with comedian Adam Ray where he acts as Dr. Phil and we produce an entire episode of spin-off television with commercials starring Adam Ray himself. We have had some incredible guests for that, from Joel McHale, Joey McIntyre & the comedic legends Dana Carvey and Adam Carolla.

Please let us know where readers can purchase tickets or find out more information on InCrowd.