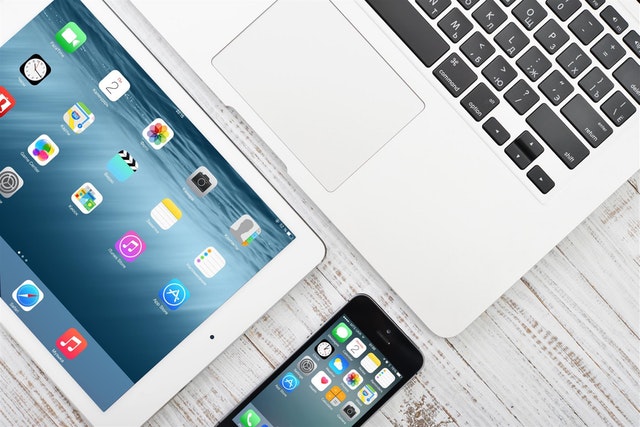 The advent of technology was a little slow at first, but in the last ten to fifteen years, we’ve seen rapid development that might have taken almost decades in a parallel universe. The world moved from letters and direct mail to emails and instant messages. By sharing information via infrared to Bluetooth to Airdrop, all in a very short while, we can truly say that we’ve advanced in all aspects.

All of these technologies gave rise to a modification of currently available devices and the invention of new ones. One of the relatively new devices is the iPad, a product of Apple, which is widely used in almost all countries.

You can also develop an app for your enterprise, irrespective of the size of your business. iPad app development solutions are not just done for games or social media platforms. In fact, they’re very useful in showcasing what your brand is about.

More and more people are joining the mobile community, right? Over 3 billion people and still counting. Your little niece has an iPad that she takes to school. So, as an educational consulting firm, who says you can’t employ a mobile development company to provide iPad app development services for that educational app?

Banks and other financial institutions aren’t left out in this race. Everyone is doing more than the usual just to stay ahead and capture a significant portion of the market.

Do you know some other advantages of iPad app development services? Here are some interesting ones to know about.

The iOS, (which is the short form of the operating system used to run all Apple devices) is undoubtedly user-friendly. Developing an application that can function on this operating system will essentially ensure that your application has an interactive user-interface and that it’s easy to understand.

You can also get feedback from your customers that use your applications on Apple devices, so customer satisfaction can be improved. Not to mention that providing maintenance and support is also not tedious, provided that you have a reliable mobile development company.

It is no secret that Apple is one of the largest tech companies in the world. They have a lot to protect, and they need to protect their customer’s devices. If one goes to a mobile development company and has them develop an app to work on iOS, this application will also be protected by Apple’s inbuilt security.

It will make it harder and more difficult for hackers or viruses to get to the customer’s device. Alongside this, an application that can be installed on any device with iOS is considered safe, since it’s known that Apple will not allow just any application to be installed on their devices. This gives your application an advantage, the advantage of trust.

Research shows that iOS users, users of the iPad, and other Apple products pay more for applications compared to users of Android and other platforms. Statistics also show that about 75% of people are Android users while the other twenty-five percents are iOS device users and others.

This shows that although Apple has a relatively restricted user base, you have the potential of earning more on your product.

It’s not exactly news that Apple devices are more attractive than most Androids. Not just how they look, but also how they function. This makes them very attractive to tech-savvy people who are a large number of the population today.

App development USA is done by mobile development companies putting themselves in the user’s shoes and wondering what they will prefer. Tech-savvy people won’t find it hard to use an application, and they love to find more ways in which they can utilize their devices. Why not make your application one of them?

The good thing about iOS applications is they can be obtained on devices that use the iOS at any time. If an app is developed anywhere in the globe it can be used no matter the location. This gives a very important edge, especially to those enterprises that are full of potential but they need customers who come from different background.

The world has been made a global community through technology, and small enterprises can become global if they simply get a mobile app developer who can build an iOS-friendly application for them.

Research has shown that iPad app development solutions can lead companies to higher revenue, unlike Android applications that might only give up to 10% of the investment as profit. This (the higher return on investments) is the result of all the factors that were listed earlier on, coupled with Apple’s reputation.

Due to the enhanced security feature of the iOS, it’s very tough for hackers and viruses to hack an application belonging to an enterprise. Similarly, it’s almost impossible to get the financial details of customers.

The rise of technology made the world’s economy cashless, so most transactions are done online with credit card details. If your client has to make payments, their details have to be secure to avoid hacking and other similar occurrences in the future. Another good reason to use iOS, your transactions are always safe.

If you meet the right mobile development company to make a very efficient and properly functional application for your company, you are on your way to making a huge profit. It also helps you to expand your business territory, making you a global force to be reckoned with. The important thing is to get the right people for the job, and iPad app development companies are not very scarce.

In this article:iPad App Development 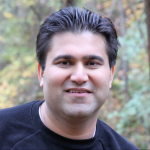 Vishal Bhatia is an international pioneer and expert innovator in the field of outsourced web, software, and mobile application development. In the last decade as the CEO and Co-founder of Dedicated Developers, he has successfully partnered on development projects with over 320 technology companies from 12 different countries to bring their web and mobile application ideas to life. His passionate team at Dedicated Developers is revolutionizing the outsourcing industry by cost-effectively aligning technology strategies focused on fueling business growth.