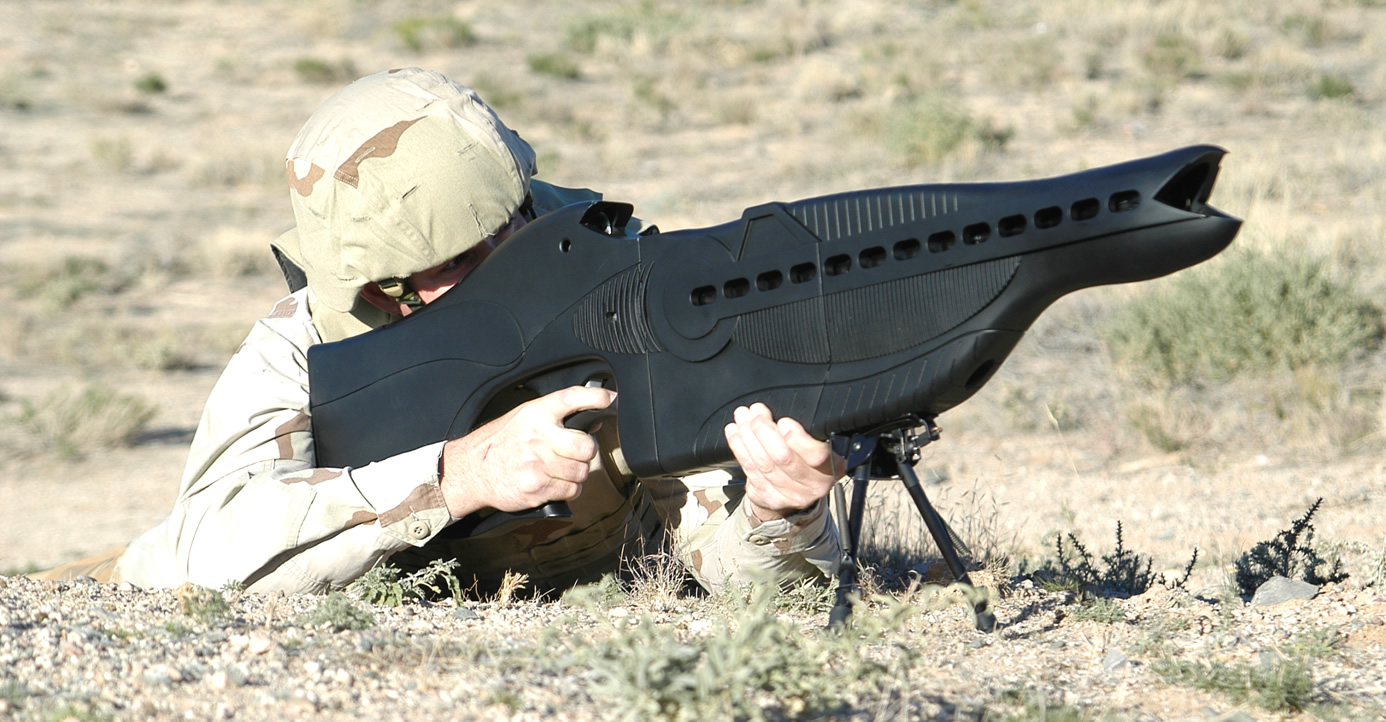 Laser weapons, rail guns, and space jets may sound like science fiction, but they are closer to becoming a reality than you think. The rules of modern warfare are ever changing and newly introduced advanced military equipment are constantly making old ones obsolete. Following are 5 weapon technologies that are going to dominate wars of the future.

Smart Bullets: No matter what happens, we still believe that a significant portion of future wars is going to be fought on the ground. The responsibility of taking over military bases and capturing key assets will have to be given to human soldiers. What’s going to change, however, is the type of weapons and systems these soldiers carry into battles. Smart bullet, currently being developed by DARPA will come equipped with optical sensors and it will make it almost impossible to miss a target. Once fully developed, these bullets are likely to be given to long-range snipers to take out high-value targets.

Hypersonic Missiles: To qualify as a hypersonic missile, a projectile needs to travel 5 times the speed of sound. Russia, China, and the United States are working on hypersonic missiles and projectile weapons. These hypersonic projectiles would travel as fast as 21,000 km/hour or 13048.8 mph. For reference, even the fastest of modern bullets travel at a speed of around 4500 km/hour or 2,800 mph. Their enhanced speed will not only cause more destruction once the projectile hits its target, but it will also be much more difficult to track and intercept them.

EM Railguns: Some defence experts claim that electromagnetic railguns are less than a decade away from being deployed in the field. These guns use electromagnetic fields to shoot projectiles at speeds of 6 to 7 Mach. These guns are likely to be fitted on naval destroyers first. As the platforms become smaller, they may also serve as a replacement for traditional tank guns. At which point, all other tanks with older generation guns are likely to become obsolete.

Unmanned Space Vehicle: With China launching a missile to destroy one of its own satellite, the stage was set for Star Trek-like space battles. The DARPA XS-1 is an experimental spaceplane that will be able to quickly launch satellites and respond to threats in space. This unmanned space vehicle would be able to quickly take flight and escape the Earth’s gravity when the need arises. The US hopes that this advanced military equipment will help them quickly replace destroyed military satellites or deploy new ones to score a wartime advantage.

Energy Weapons: This again is a technology that’s not far from being a reality. In fact, the USS Ponce is fitted with a fully operational energy weapon called the XN-1 LaWS. This laser weapon is geared to take down drones and other enemy aircrafts. The weapon system can also be used to destroy small boats that pose a threat. There are also plans to integrate this weapons system on AC-130 gunships. This laser weapon system is currently being field tested and it promises to be a game-changing tech and dominate future battlegrounds.