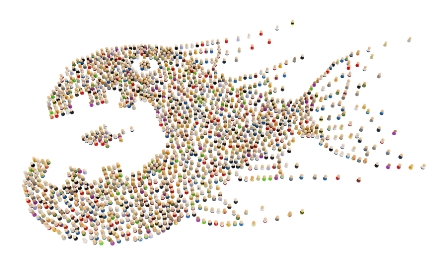 Globalization now defines nearly every aspect of modern life. Technology has steadily increased the ease of communication and collaboration between individuals and companies, often from very diverse backgrounds. The world of business only offers true success to those able to keep track of the big picture. Each project, each buyout, each innovation must be considered in relation to its effect on the world as a whole.

Saurabh Rajwade has been aware of all this from the beginning. Currently, he works with the Investment Banking division of Jefferies Group, in mergers and acquisitions, which puts him right in the middle of many major transactions.

His work focuses on assessing the value of companies that have been named as potential acquisitions. He uses advanced assessment models to determine possible risk, value, and other defining traits that then can be used to enlighten the merger or buyout and make sure the entire process of one company acquiring or joining forces with another runs smoothly.

It proves to be complex work, and when we also consider the need to assess effects of any particular deal on an international level, it’s clear that such projects are best left to experts like Rajwade.

TechSling recently had a discussion with Rajwade, in which he shed some light on the many intricacies of mergers and acquisitions. At the start, he was eager to describe their importance, and in great detail.

“M&A is absolutely critical when it comes to enhancing the company’s strategic capabilities. Obviously, M&A affects each of the companies involved in the transaction, but it can also affect an entire industry. We’ve seen this recently with transactions that have involved entertainment companies and their buyouts of smaller studios and production houses. Transactions like these have a serious impact on how everyone else in that industry does business.”

These kinds of valuations present their own set of unique challenges, which, again, tend to involve near countless factors that can affect these major decisions. And the human element tends to be one of the most important factors of all: reading a room, getting a sense for everyone’s priorities, and speaking to their concerns directly.

“You have to be aware of who you’re working with directly, and find out which component is most important to them. Profitability is the goal of any firm. However, different stakeholders in the firm have different goals and different priorities. Someone in sales, for example, usually wants to enhance the marketing capabilities, in order to generate more leads. As an advisor, your job is to look at the deal from as many angles as possible before you present your findings.”

For just a moment we delved into the specific methods Rajwade utilizes when assessing a firm. A major element to his work is deciding which of these models and figures are most relevant to the current firm and situation. Every transaction needs to be viewed independently, says Rajwade.

“Each firm is unique and presents a set of valuation challenges…. Valuation is an art backed by thorough analysis of financial metrics.”

Rajwade also has a solid idea of the specific qualities and attributes that can contribute to becoming successful within the field of mergers and acquisitions. According to him, it’s not only about the numbers, it’s also about narrative.

“Aside from the technical skills, someone working in M&A also needs to be willing to learn constantly, while often working very long hours. In addition to all that, the ability to tell a story with your presentation is key as a senior banker. Just presenting the data of your research isn’t likely to impress anyone.”

We then returned to the subject of a globalized economy and the newfound excitement and hesitation involved with making international deals. Each national culture brings with it very specific needs for etiquette and protocol.

“I’ve been fortunate enough throughout my career to have worked in many different countries as well as in a variety of industries. International work certainly brings along its own challenges. You definitely have to adjust to the culture and find subjects for small talk and make sure that those subjects won’t be seen as offensive or prying. Personally, it’s helped a lot to have the opportunity to speak with people outside of a work context, whether that’s sharing a meal with them or just driving to another location in the same vehicle. Once you’ve gotten used to conversations like these, it becomes second nature.”

And a large portion of the international market for mergers and acquisitions has inevitably proven to be technology companies and startups, in a way very similar to what we’ve seen across the American business landscape of the last 20 years as well. It’s a landscape that tends to reward companies that offer unconventional products and services via non-traditional methods. And that means that many of the models typically used for M&A need to be updated, or at the very least appended to reflect contemporary business models.

“Tech companies present a unique situation for a number of reasons. For one thing, there is no exact value for these companies, since you have to view it from multiple angles. Value is not necessarily synonymous with revenue or assets. The valuation metrics can be very specific such as value per active users, value based on subscription or recurring revenue etc, as opposed to more ‘traditional’ industries that we already have a sense for. Then there’s the growth of the tech industry and the incredible potential for sudden booms in revenue and active users.”

When speaking with Saurabh Rajwade, it very quickly becomes obvious that he has a strong hold on this strange beast we call mergers and acquisitions, and he has been able to consistently offer in-depth looks at what different firms are actually worth, and what they’re likely to be worth in the future. I tell him that, in a way, he’s a fortune teller with substance, with facts and figures instead of a crystal ball. He smiles and says that he hopes he’s been able to make the work less of a mystery and shown it to just be another crucial role in the business world, one that requires a deft hand as well as a special sense of insight.