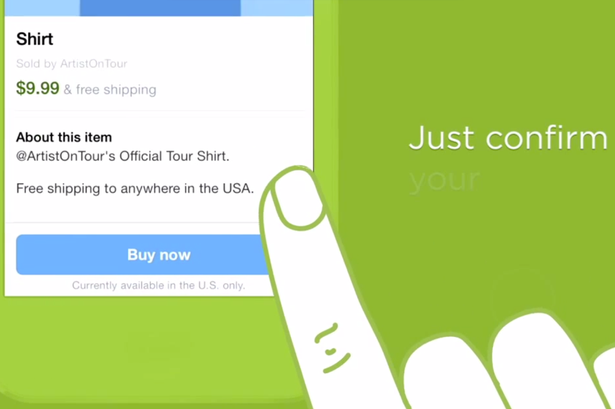 Soon enough, the fancy products you see in tweets no longer have to be recorded in your wishlist, for you can simply click the “Buy” button to make a purchase, and they will automatically be shipped to your doorstep. After months of discussions since the appearance of the first signal of interest last year, the purchase function was announced by Twitter on Monday September 8. According to the social media company’s blog post, since the “Buy” button is still in the testing phase, it is now only available on mobile, and to “a small percentage of U.S. users (that will grow over time).” So if you are among the selected few, the button will appear under the tweets from Twitter’s test partners. All you need to do is to tap the “Buy” button, then enter your shipping and payment information, and the transaction is done. For users’ convenience, the data will be encrypted and stored after the first purchase, but you can always choose to remove everything if you prefer the highest security. To make the “Buy” button into reality, Twitter has partnered with online platforms like Fancy and Gumroad, and in the coming weeks, invited celebrities and brands will join the test by offering their products, including big names such as Eminem, Burberry and The Home Depot.

The introduction of the purchase button, as Mashable points out, is “Twitter’s biggest step into ecommerce to date.” The major motives for doing so are obvious; on one hand, it has already been one of the most common practices by using a shopping cart to generate more revenue from both consumers and advertisers, while on the other, it is an obvious attempt to boost user growth and engagement on the social network. Though this shopping cart is unlikely to become another Amazon or eBay, it is still the hope of Twitter that shopping from mobile devices would be “convenient and easy, hopefully even fun.” However, from a former user’s point of view, whether it will be fun remains very doubtful. With the algorithmically determined content, i.e. random tweets from accounts you don’t follow added to your timeline, the addition of commercial tweets would unlikely make things better, if not worse.