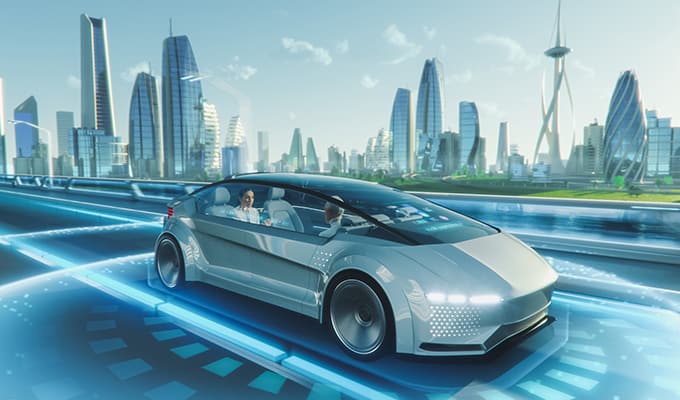 The Idea of self-driving cars isn’t new, but the implementation of successful autonomous vehicle tech is indeed still quite novel, and the automotive industry has yet to reach a point where self-driving vehicles have become a normalized aspect of modern living.

But that reality is drawing steadily closer all the time, and that progress is largely thanks to incredibly skilled engineers and researchers, one of whom we have with us today.

These in-vehicle networks are responsible for facilitating more than the autonomous driving systems, and these networks also aren’t present only in autonomous or electric vehicles.

In-vehicle networks are ubiquitous in the modern automotive industry, linking various electrical systems together and allowing them to communicate seamlessly.

As we learned when speaking with Gupta, in-vehicle networking is complex and also crucial to designing modern vehicles, and yes, these networks will be especially important in self-driving vehicles as well.

Gupta himself is the Co-Chair of the Automotive SERDES Alliance and also a contributing member of the Society of Automotive Engineers and OpenAlliance. All of these organizations have carved out industry standards that will continue to provide important baselines for vehicle technologies, including self-driving tech.

Together with Gupta, we’d like to provide an overview of the current applications of in-vehicle networks and some of the challenges of progressing toward fully self-driving vehicles. 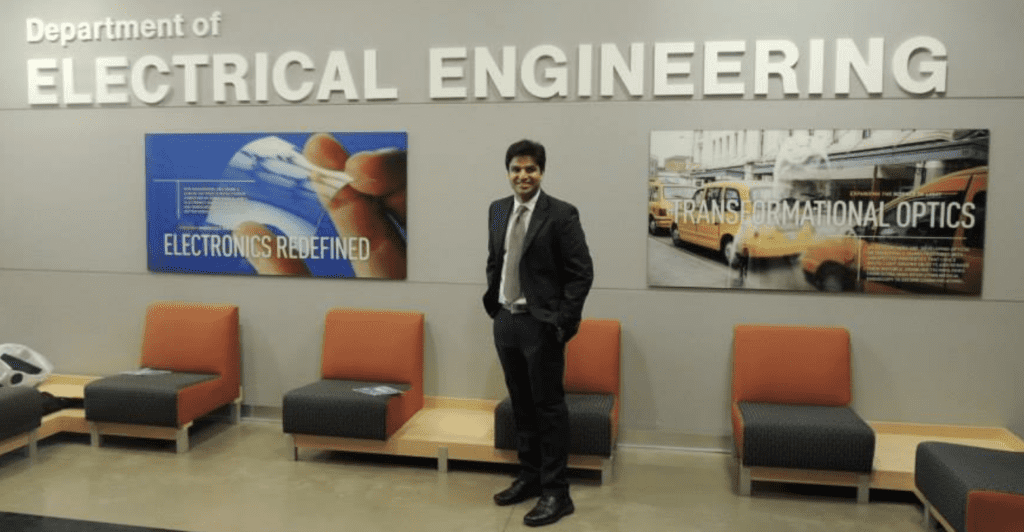 Somewhat recently, the electronics industry and the automotive industry have been working together more closely, as these two industries can greatly benefit one another.

As Gupta noted, this convergence has been motivated in large part by various electronics-based vehicle features.

Advanced features are major draws for many buyers. There’s a healthy sense of competition among manufacturers with regards to these features as well. The more impressive, the more streamlined, and the more modernized these features are, the better the odds that a potential buyer will be attracted to one manufacturer’s current models over another’s.

On a technical level, Gupta says that increased bandwidth for audio-video applications, as well as enhanced camera feeds and navigation graphics, are all advances that actively leverage new networking technologies.

But another key reason for this convergence of electronics and automotive design is of course the increased need for refining all-electric vehicle systems and autonomous vehicle systems.

Gupta says that the need for advanced in-vehicle networking will continue to increase as self-driving cars get closer to being rolled out en masse.

New tech or simply new approaches to networking offer numerous advantages for vehicle design, and all of these advantages are ultimately about providing a better vehicle for the buyer, as Gupta details here.

“From the networking perspective, a daisy chain network might find its way into the vehicle, as they help to reduce the overall harness bundle size. Additionally, as networks become more sophisticated, this would enable the usage of high-definition displays. It’s all geared toward creating a better experience for the driver.”

It seems unlikely that buyers will lose interest in these advanced features anytime soon, and so it’s up to engineers and designers to make these features possible, even as such features become more complex.

Now let’s briefly talk about some of the key requirements for autonomous vehicle navigation systems.

As Gupta explained to us, the SAE has defined six different levels of autonomous vehicle systems: Level 0 through Level 5.

The most advanced levels, specifically 4 and 5 require the system to be able to drive without human intervention, both on freeways and city streets.

Of course, in densely populated areas, as compared to highways, there are many more variables that the system has to be able to account for. These include pedestrians, cyclists, traffic signals, stop signs, weather, and special conditions such as an emergency vehicle needing to pass.

All of this and much more need to be considered when creating autonomous driving systems, but in Gupta’s view, for tech-minded professionals, this level of challenge is basically on par with other information technology problem scenarios.

“In addition to these, it is critical to make sure that the system can detect and weed out the false-negative camera and sensor data, which might be the case if the system isn’t robust from a cybersecurity perspective. While these challenges are unique and have never been addressed in the automotive realm, working through this level of varying workloads and variables is a fairly common scenario that is encountered in the IT space.”

From an outsider’s perspective, the requirements of making a genuine self-driving vehicle sound overwhelming. (They certainly do to us.) But to a professional life Gupta, these are simply problems that need to be solved as efficiently and effectively as possible. Dwelling on the level of challenge would only distract from the work at hand. 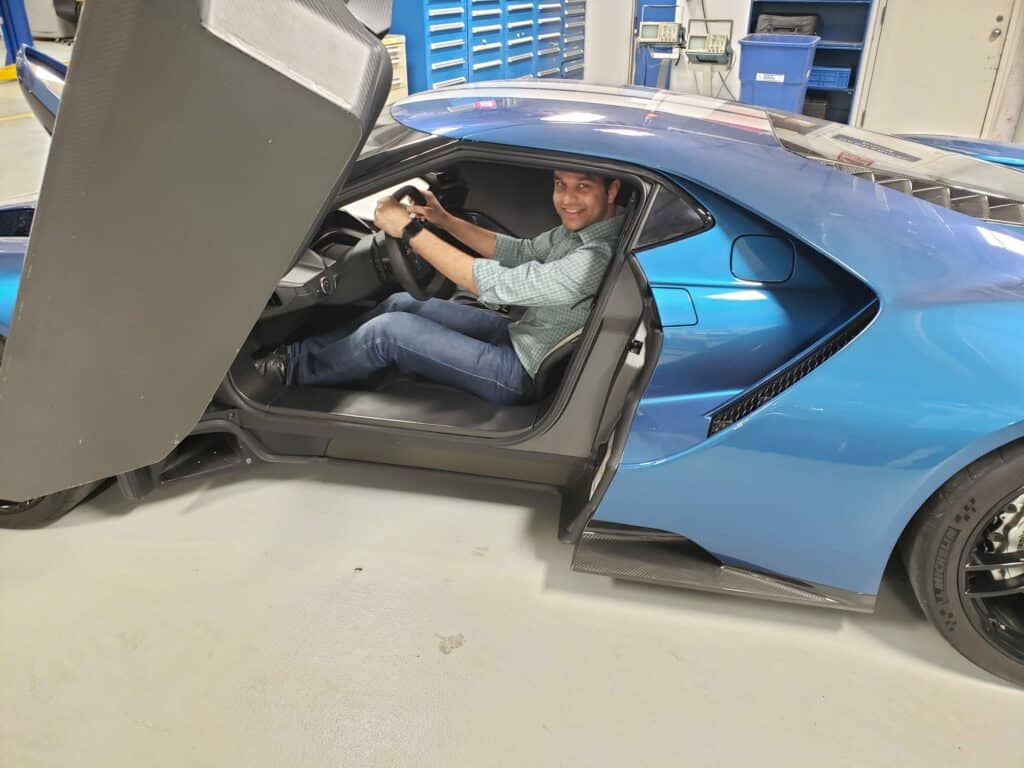 So how do these various systems and the networking that links them factor into all-electric vehicles? Does the electrical architecture of an electric vehicle differ greatly from that of a more traditional internal combustion vehicle?

The architecture is quite similar. The key difference between electric vehicles and internal combustion vehicles, of course, is whether or not there’s an engine. Therefore, as Gupta told us, developments in networking benefit from technology present in both EV and IC vehicles since both varieties use the same architecture.

This brings us back to the importance of in-vehicle networking across all vehicle types. Camera systems, sensor systems, and entertainment systems have always been electric systems, regardless of the engine/motor type.

Returning to the reasoning we touched on earlier, networks and electrical architecture need to advance very rapidly to keep up with customer demand and competition from elsewhere in the industry, especially regarding next-gen electric vehicles as these vehicles naturally carry a reputation of being highly advanced and fully-featured.

“As automakers are increasing their investments in electric vehicles, the industry has started to add additional features to these models to attract the customer to purchase their vehicles. This requires the development of more sophisticated networking technologies and electrical architecture.”

Maintaining that kind of pace is an engineering challenge, but aren’t supply chain issues another level of challenge as well? Let’s find out.

Supply chain challenges and the value of standards

It’s not exactly breaking news that the global supply chain has been heavily disrupted for a couple of years now, and in particular, the semiconductor shortage has had a major impact on the production and distribution of tech.

Because of the structure of the automotive industry, all manufacturers have been affected. Specific manufacturers don’t create all their components in-house. Instead, manufacturers purchase hardware and software from what is called Tier 1 suppliers.

Meanwhile, the silicon companies creating semiconductors have to produce enough stock to support the production of existing vehicle models as well as the research that will develop next-gen networks.

Control units within any in-vehicle network each contain one or more silicon-based devices. In other words, the automotive industry requires a great deal of silicon and semiconductors, and shortages upset multiple stages of the pipeline.

How do manufacturers deal with these shortages? Well, according to Gupta, industry standards, the standards set by the kinds of organizations mentioned earlier, are extremely helpful in this area.

“While supply chain issues are beyond our control, mitigation is possible by ensuring multiple fail-safe plans that account for scenarios where silicon isn’t widely available. This is where standards-based solutions have proved to be a game-changer. Using a standards-based solution ensures independence from a proprietary or custom solution that could result in vendor lock-in, thereby increasing the flexibility to navigate supply constraints to a certain degree.”

These standards contribute toward a reasonably level playing field, preventing any single brand from finding a temporary backdoor solution that could ultimately harm the industry as a whole.

So while supply chain issues haven’t been completely resolved, the automotive industry has indeed been careful about navigating difficult times with consideration and forethought. 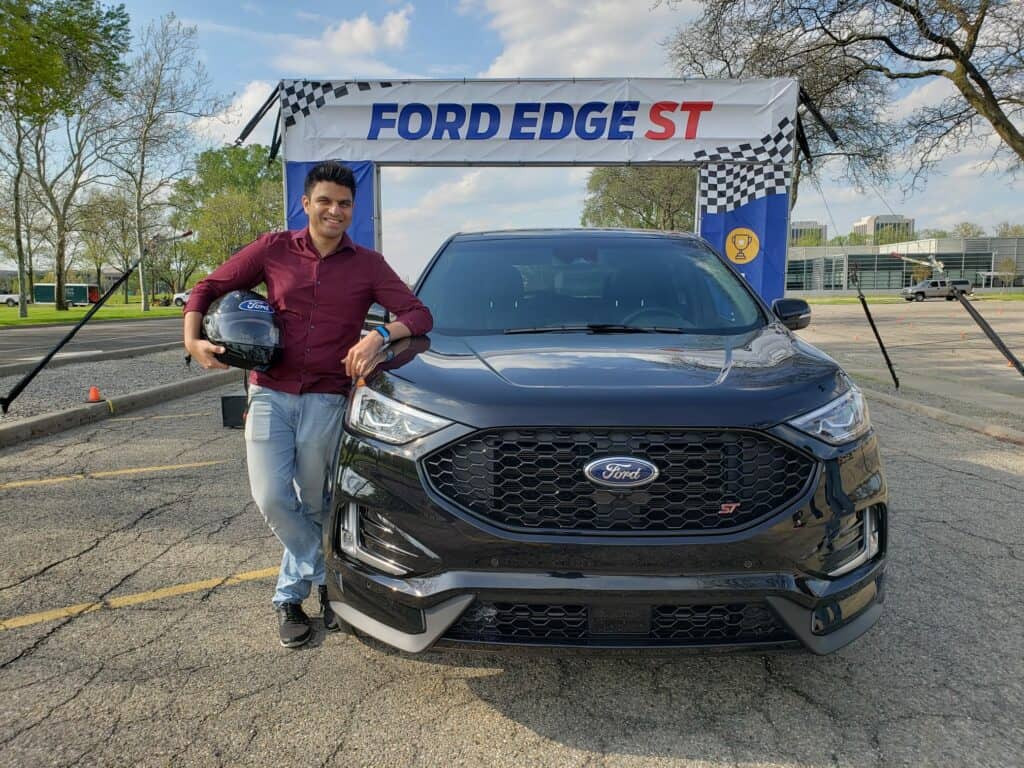 The Road to public acceptance

There’s one last point we’d like to discuss, and it doesn’t necessarily fall on the technical side: public acceptance and support of self-driving vehicles.

There is a technical component to the topic, of course. The more advanced self-driving systems are, the more trustworthy they are. If these systems have been proven to be trustworthy, then it stands to reason more people will feel comfortable making self-driving vehicles part of their life.

As Gupta explained, progress in perception modules, safety features, and security has been impressive, and all of these are key to establishing trust with the general public.

In Gupta’s view, there are multiple dimensions to establishing a strong sense of trust, and some of those dimensions have little to do with how the vehicles themselves and their systems are designed.

“The transition to self-driving involves embracing and trusting the technology at a much broader level. To relinquish control to cars, factors such as the credibility of supporting infrastructure and legislation still have a long road ahead to general public acceptance.”

It’s a process, and it’s reassuring to know just how carefully every challenge presented by self-driving technology is being handled by automotive industry professionals like Ajeya Gupta. 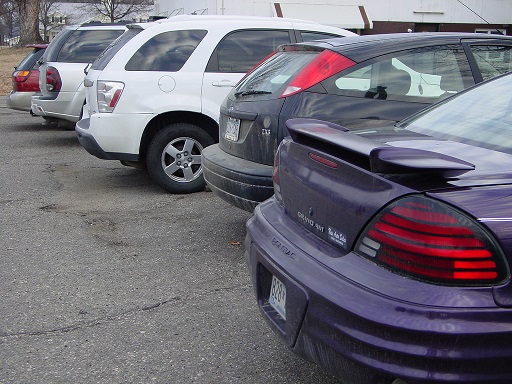 How Car Makers Use Analytics for Success

In the competitive auto industry, consumer demands are exceptionally high and the costs and burdens of regulatory oversight and manufacturing demands are extreme. As...