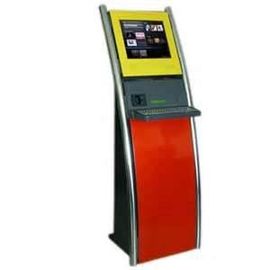 Most of us just use the automated kiosks, or self-service machines in our local supermarket, shop or service station without really much heed. However, though you may not believe it, the whole concept of self service and automated kiosks is something that goes back a lot longer than you would imagine.

People have always been looking for ways to make life easier, make business more efficient and eliminate costs from labour. And because of this the use of machines in work, in one form or another, has existed for as long as they could be created.

The first vending machine existed way back as far as the 1st century and is mentioned in the work of Hero of Alexandria. Even though it used the most rudimental of mechanics, the machine was capable of dispensing holy water for the price of a coin. The machine worked on a simple pan attached to a lever mechanism, with the coins weight tilting the lever until water flowed out. When the coin fell off the pan the lever would rise back up and the flow of holy water would stop flowing.

Like many innovations and inventions, little occurred between the fall of the Roman Empire and the end of the medieval age. In short, it was not until the 1880s that there were any more developments in vending machines technology.

The arrival of vending machines heralded the beginning of the modern era of automated service. The first form of device was one that dispensed postcards, though the most notable of the era was those built by Thomas Adams Gum Company in the US. These sold gum on train platforms and also are seen as the first kind of slot machine. This is down to the Pulver Manufacturing Company, who added small mechanical figures that would move around when a sale of gum from a machine was made.

After the Second World War, America entered a period of immense innovation and wealth and moved past the simple mechanical dispensing machine toward more complex devices. The first coffee vending machine was introduced in 1946, allowing users to fill up a cup during breaks. In 1950, the refrigerated vending machine arrived, allowing for fresh produce to be kept inside vending machines and the introduction of the sandwich vending machine – this would of course change the way we ate.

Advances in electronics saw the introduction of increasingly complex vendors in the late 1970s. The first water vending machines arrived in 1978, while heated machines that could serve chips and hotdogs arrived in the early 1980s. While it took almost 35 years after the coffee machines introduction in 1946 for us to have a choice of espresso, cappuccino or other coffee and the introduction of the modern coffee vendor.

The computer revolution of the 1980s saw the arrival of the self-service kiosk. Though numerous attempts were made at creating these devices in the mid-1980s, it was the mid-90s that saw their commonplace introduction.

The mid-90s, saw the arrival of kiosks with advanced kiosk software to be used in hospitals and other workplaces for registration and information, however things had changed again by the early 2000s. Kiosks were now being used for photo printing, music downloads, for selling tickets and certificates and a wide range of other uses.

Of course, these rapid developments have continued and nowadays kiosks and vending machines are both extremely high tech and also virtually in every walk of life. From way finding, to translation, to payments, to self-service; the kiosk is part and parcel of our lives.

In the future, it’s hard to know what to expect. However, further interconnection with the online world, online activities and a more personal shopping are set to come to the fore. Looking at the past, we can’t wait to see what happens.

Christopher Rennicks has written a number of blogs in the kiosk area for a number of high profile blogs. He  has always had an interest in self service and kiosk software technology technology.

In this article:Business, business technology, kiosks, self service, Technology 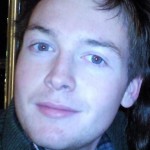 Christopher Rennicks has written a number of blogs in the kiosk area for a number of high profile blogs. He has always had an interest in self service and kiosk software technology technology.