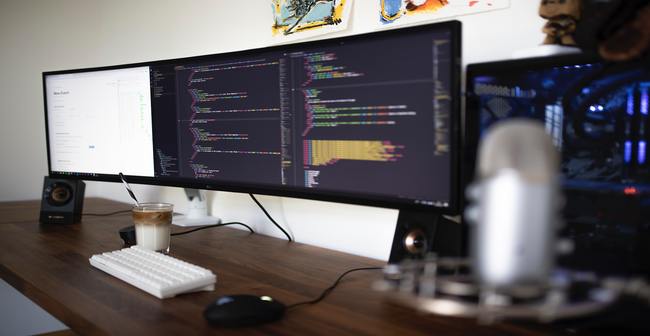 The development ecosystem today is brimming with a plethora of programming tools, frameworks, and languages to enable the development of top-notch mobile apps. Now, given the plenitude of options, there is bound to be some confusion among companies that are looking to build apps for their businesses. However, if recent studies are anything to go by, the choice will pretty much always end up being between Swift, React Native, and Flutter which is written using Dart, by the way. That is enough introductions, we hope; now, it is time to take a closer look at the key points of differences between these three app development projects. This will allow you to make an informed decision about the development tool that fits your company as well as your development project’s unique requirements.

An admittedly popular, quick, and type-safe language, Swift is used for the development of avant-garde iOS apps. One can build apps for all manner of Apple devices, such as Apple Watch, iPad, Apple TV, etc., with Swift. Up next is React Native, which is a Facebook-backed open-source mobile app development framework used to create cross-platform apps. The final name on the list is Flutter: this Dart-based open-source, multi-platform mobile SDK is a Google offering that is used to create both iOS and Android apps using the same source code.

Thanks to SwiftUI, developers can easily reload the app. Wait, there is more — Swift also allows developers to use non-native solutions to integrate new functionalities into their apps. Now, on to React Native: one of the biggest and most compelling benefits of this programming tool is hot reloading which allows the app’s components to be live reloaded albeit without resulting in the loss of state. This means developers can see changes reflected in the app without affecting its functioning in real-time. Anyway, the point is that React Native uses virtual DOM which compares the current and latest changes to ensure only the latter kind is updated and reflected in the code. Finally, Flutter: thanks to Dart, this one too gets the hot reload feature, thus speeding up the process of making changes and updates to the code.

The CI/CD process is meant to help accelerate the process of integration and deployment during the development process. So, it makes sense that this is a critical consideration and point of differentiation between Swift, React Native, and Flutter, yes? So, let us start with Swift: to use CI/CD integration with Swift, first, you will need to make sure you have access to a macOS device with Xcode installed on it. Then, for CI/CD, you will have to choose between Jenkins and Fastlane to accelerate deployment with all the requisite certificate validation. With React Native too, one can make use of either Fastlane or Jenkins for app integration. Then comes Flutter: Flutter-based apps are based on Nevercode which makes use of the Codemagic CI/CD tool to make the integration not only simpler but also quicker.

Now, Between Swift, Flutter, and React Native, which one should you pick?

Unfortunately, the answer is not quite as simple; as you can see, there are a whole lot of differences between the aforementioned programming tools. This usually means each one of them is likely uniquely well-suited for varying situations and projects. The differences between Swift, React Native, and Flutter are not the only points of consideration while choosing a development tool, of course.

One must also take the time to carefully analyze their project’s specific requirements along with the company’s needs and expectations from said development project as well as its outcome. Then, also make sure to evaluate these factors against what each one of the three development tools has to offer to find the option that best works for you, i.e. if you should opt for react native app development or take up another tool for the project.