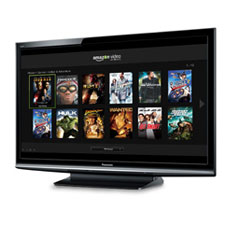 Netflix first started producing series under their own name with Lilyhammer in early 2012, and has several more series currently under production, including a new season of Arrested Development.

Arrested Development on Netflix at first sounded like a pipe dream, but in fact it heralds a paradigm shift in the industry. Before this sea change, viewer metrics on programs were coarse at best. However, because high end services stream content directly to viewers only when they choose to watch a specific program, some services are able to maintain a huge database on viewer habits. For the first time, a content producer is able to see what shows work with which audiences, and can easily see the difference between a show that people watch casually from week to week and a show that people watch obsessively for hours upon hours at a time.

Executives opted to fund another season of Arrested Development because they know exactly how popular it is with viewers. This is a fundamentally different way of approaching viewership metrics from the old way of doing things. We are all familiar with shows like Firefly that were cancelled after only one season when inconsistent show times and out of order episode airings failed to attract a consistent audience that could justify a second season. The ability to measure viewer interaction closely will forever change that old model; if Firefly were produced today, a streaming service with an eye for original content would fund a second season for it just as surely as it is doing with Arrested Development right now.

Getting to this point wasn’t easy, though. Netflix first started funding documentaries and “independent” films through Red Envelope Entertainment back when their viewership data was still very coarse. While several good documentaries like An Unreasonable Man were funded, overall it was an unjustified expense that early in their history. Red Envelope Entertainment was shut down years ago after producing only 100 films.

Hulu was right on their heels with an original scripted series entitled Battleground. Now Amazon appears to be throwing their name into the discussion, leveraging their Prime service to spearhead the development of original content starting in 2013.

Thankfully, these companies appear to be doing it the right way. All of the upcoming releases are exciting; not just the highly anticipated return of Arrested Development or season two of Lilyhammer, but also new shows like Orange is the New Black (from the creator of Weeds), Derek (from Ricky Gervais of The Office), Hemlock Grove (based on a bestseller), and House of Cards (adapted from the hit BBC show) will be arriving by the end of 2013.