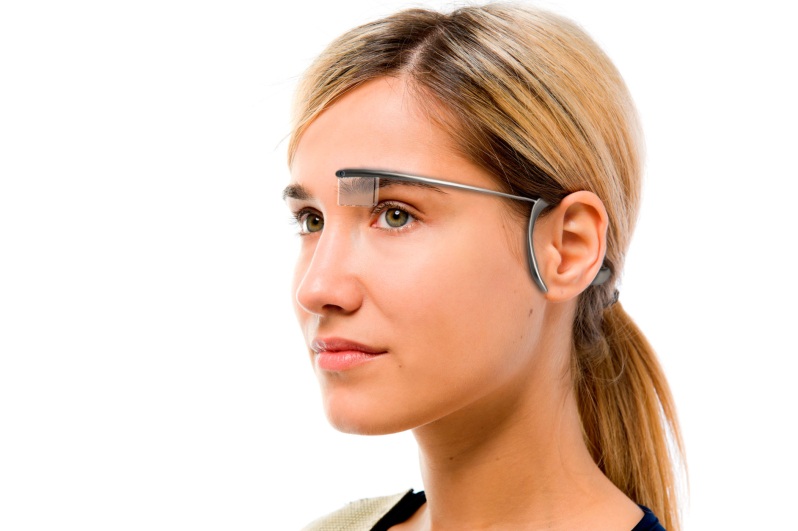 At the recent SXSW tech festival in the States, we were finally given a glimpse of the Google Glass: a pair of futuristic specs touted as the first ever item of ‘wearable technology’.

Despite some massive hype, the resounding reaction upon the unveiling seemed to be one of disappointment. Surprisingly, the frustration was not aimed at the technology – which itself is undeniably exciting – but rather, at the item’s appearance. With Google going for a particularly space-age and ultra-modern design – attaching the piece of digital glass to a rather bulky frame – it has turned the device into something which looks unlikely to appeal to the everyday consumer.

Of course we can only speculate how Google might move forward with the design. (And the subsequent array of glass-related puns…). So we’ve teamed up with Nicholas Lamm, a technology enthusiast and illustrator, to put a little more thought into how Google might be able to transform the Glass from impractical to fashionable… The problem with ‘wearable’ technology is that it’s undoubtedly going to feel alien to the user. From the watch to the Bluetooth headset, if you’re not used to wearing an additional item on your body, it is likely to feel bulky and awkward. The best solution will therefore be to make the Glass feel as streamline as possible; by transferring the hardware from the front to the back of the head, the glasses will feel far less obtrusive and a lot more discreet. Alongside the design, Google also revealed how the Glass will be used in conjunction with various apps. Although they already seem to be on the right track here – reassuring us that there will be an audio feature wherever possible and limited distraction to outside stimuli – we think this will be vital to its success. After all, with everyone already being absorbed in their digital devices, the Google Glass has the power to put us in even more of a personal bubble. If we’re not careful, we’ll all be in danger of getting lost in our own little iWorld.

Market as a pair of traditional Glasses Due to a suggestion within the patent, there have been whispers that Google might move the digital hardware inside a frame, ultimately adapting the Glass to become a full-on headset. If this goes ahead, there will of course be much more potential for Google to market the glasses as a full-on fashion item, perhaps pairing up with a designer to make them appealing to the style conscious consumer. This idea seems to have weight; after all, you just have to look at a company like Apple – with a lot of their brand’s appeal undoubtedly coming from their sleek and fashionable look. Finally, as the trend for ‘geek chic’ specs already demonstrates, you don’t actually need glasses in order to wear them these days!

In whatever way the Google Glass materialises, if done well, it could indeed become the next big thing – and not just for the style conscious or the gadget nut – but for the mass market. With Google moving into unchartered territory, we can only wait and see whether the public will embrace it. But one thing’s for sure: where fashion and technology coincide, there is truly massive potential.