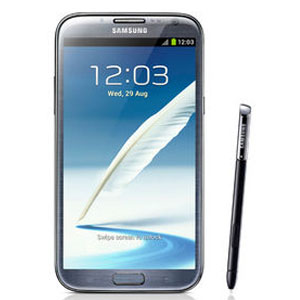 The Samsung Galaxy Note 2 is the bigger version of the Galaxy S3 featuring a stylus for scribbling and handwriting. But with the display of 5.5-inch, the Galaxy Note 2 seems more like a miniature tablet. A smartphone this tall and broad falls more comfortably into two hands.

The touch stylus in Galaxy Note 2 slides into its own slot underneath while it is not required. When you pull the stylus out and bring it near the screen the Note 2 will automatically know that you are about to do some doodling, scribbling or sketching, and an area will pop up at the bottom of the screen. It is quite impressive with the recognition of cursive joined up handwriting. It is very good with overall handwriting recognition.

There is no doubt that it is a large device by the standards of modern mobile phone. It is 10.5mm thick, 81mm wide and 151mm high. It weighs 214g. We can say this is a two-handed device. The Note 2 provides an option within the Settings called One-handed operation. It lets you switch the on-screen calculator, dial pad and keyboard to one side of screen. The build quality is fine, feels all-off-a-piece and weighty in hand. The quality of the Super AMOLED display is superb, but it doesn’t feature the over-ripe coloring that we used to see in the displays of previous versions of Samsung phones.

The 8Mp rear-facing camera offers good photographs, if not as better as the smartphones that spend more money in their imaging capability. Purple fringing can be noticed in the high-contrast areas, for example, though the operation of the camera is very fast. It can capture good HD video, but the video suffers from focus-hunting problems even in the good light. The level of the grain was very low, though the clarity is improving.

The Samsung Galaxy Note 2 features the same internal components that are found in the Galaxy S3. It is also powered by a quad-core ARM processor, but the only difference is that the chip is clocked at 1.6GHz instead of 1.4GHz in Galaxy S3. It is the highest clocked ARM processor in smartphones we have ever seen. The Note 2 runs on the Android 4.1 also known as Jelly Bean, which is found in other Android devices such as Nexus 7 and Acer Iconia A1110. Samsung claims to have optimized graphics in the Note 2. Those graphics have been powered by an ARM Mali-400 MP. On the Geekbench 2 test, the Note 2 was able to score 1958 points, which is the highest score amongst all. It is way better than the 1650 points of iPhone 5 and the 1659 points of Galaxy S3. On the SunSpider test of browsing speed where a small number is better, the Note 2 scored the average of 1022ms, which is an excellent score. By comparison the iPhone 5 scored 903ms in the same test, and the Galaxy S3 scored 1447ms. 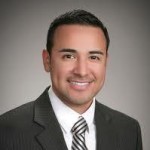 Harold Peterson is a full-time tech writer and experienced blogger, he has also written articles and other materials for more than 100 happy clients. He enjoys writing about various Smartphone's and gadgets, cool mac accessories, iPhone 5 accessories, etc. Recently he has written about Galaxy SIII problems.