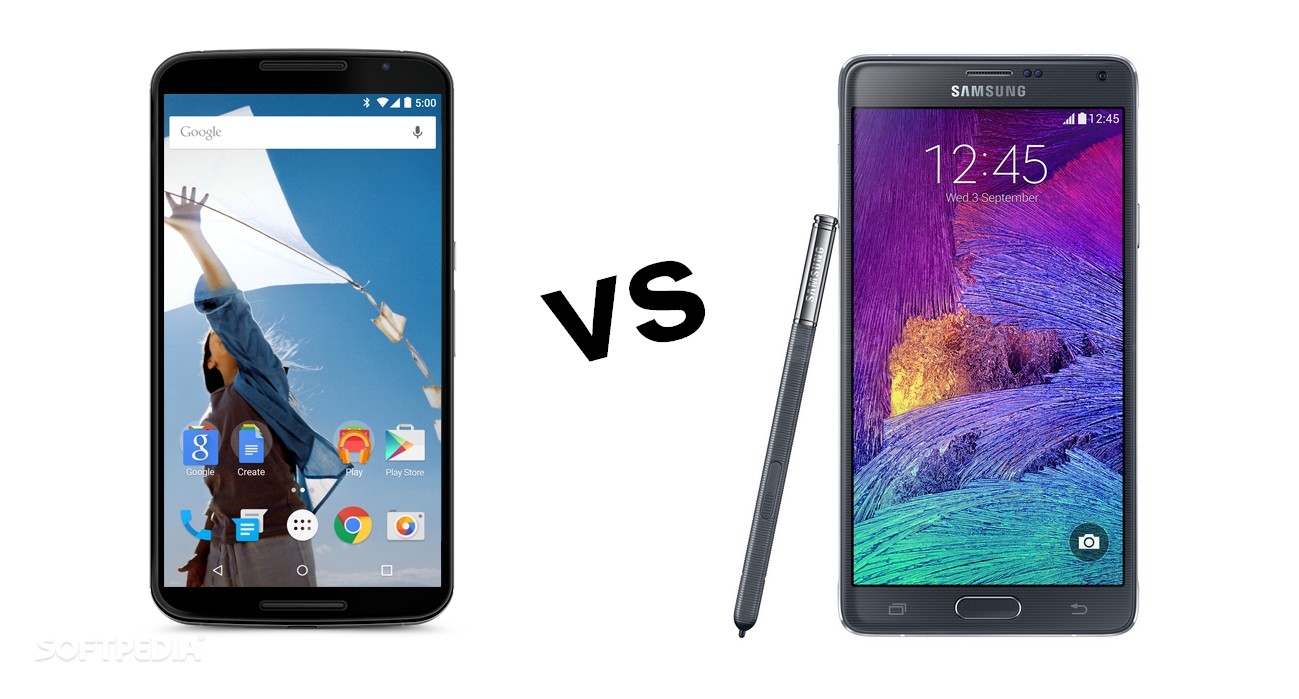 The search engine giant, Google has partnered with Motorola to launch its next generation of Nexus devices. Following which, the all new Motorola Nexus 6 has made its arrival a few days back. Featuring a 5.96-inch display, the Motorola Nexus 6 is the fastest and the most powerful Nexus smartphone till date. The Nexus 6 runs on Google’s latest Android 5.0 Lollipop operating system, which would be getting constant upgrades, directly from Google. The Motorola Nexus 6 offers the toughest rivalry to the Samsung Galaxy Note 4. Below, we bring you a detailed one-on-one comparison test between the Nexus 6 and the Note 4.

On the other hand, the all new Motorola Nexus 6 features a 5.96-inch (1440 x 2560) AMOLED Capacitive Multi-touch screen display, producing 16M colours at a pixels density rate of 493 pixels per inch. This display is also protected with Corning Gorilla Glass 3.

Both Samsung Galaxy Note 4 and Motorola Nexus 6 sport almost a similar display. However, the Galaxy Note 4 steps ahead in this segment with a minor advantage of better pixel density rate.

The Samsung Galaxy Note 4 is powered by a 2.7GHz Exynos chipset, Quad-Core Processor or a 1.9GHz Exynos chipset, Quad-Core Processor (depending upon the market), coupled with 3GB of RAM. Whereas, the Motorola Nexus 6 is powered by a Qualcomm Snapdragon 805 Quad Core Processor, clocked at 2.7GHz and coupled with 3GB of RAM and Adreno 420 GPU. Both these smartphones are capable enough to run all huge applications and high end games without any issues. Multitasking has new definitions on both these smartphone devices.

The Motorola Nexus 6 also houses a 13 Megapixels (4128 x 3096) autofocus rear camera, featuring dual-LED flash and other standard features similar to the Samsung Galaxy Note 4. For video calling and selfies, the Nexus 6 houses a 2 megapixels secondary camera on its front.

Both Samsung Galaxy Note 4 and Motorola Nexus 6 are fuelled by 3220mAH battery.

While comparing Samsung Galaxy Note 4 and Motorola Nexus 6, we found that both these innovative smartphone devices sport almost similar hardware specifications including display, processor, camera, battery, memory and connectivity features.However, the Nexus 6 lacks an external MicroSD Card slot. Whereas, it runs on the latest Android 5.0 Lollipop operating system, and has a cheaper price tag, as compared to the Galaxy Note 4.

The author is an expert in mobile technology and loves to write about different handsets launched. He has listed the specifications Nexus 6 for the readers to make an informed buying decision.

In this article:Android, Google, Motorola Droid, Nexus One