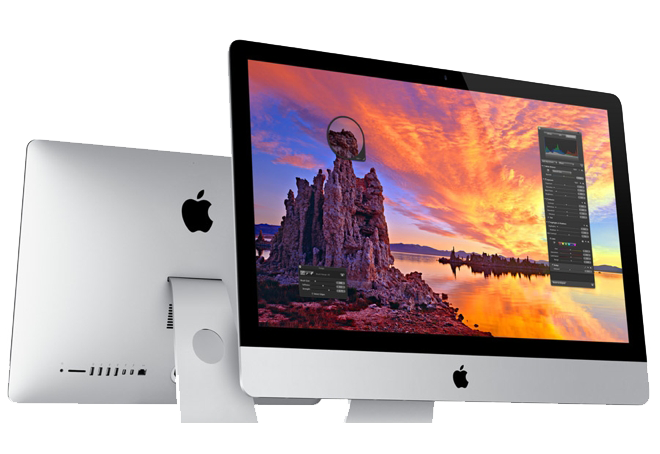 Back in 2013, 4K display was the major battlefield. At that time, 4K seemed like the future; or it was so as they thought. But then the iMac with 5K Retina display came along. As David Pierce at The Verge says, this new creature has “completely reset the curve.”

With an insane resolution of 5,120 x 2,280 pixels built into a 27-inch display, the current industry standard of 1,080 pixels just becomes a small fraction of the universe. Everything looks simply stunning, crisp and crystal clear on the large screen; even a 4K display is no match for the awesomeness. When I first looked at it, I literally couldn’t take my eyes off the immersive images for a while. And after staring for too long, I didn’t even want to go back to my now-unbelievably-tiny MacBook Pro. What adds to the wonder is that the new iMac is not only about its display; the machine itself is also incredibly powerful. Equipped with 3.5GHz quad-core Intel Core i5 processor (configurable to 4.0GHz quad-core Intel Core i7), 8GB of RAM (configurable up to 32GB), as well as 1TB Drive and AMD Radeon R9 M290X GPU, it’s the top machine that you’ll crave for next-gen gaming, photo and video editing, and super Netflix marathon.

Hardware wise, the keyboard is thin and light as usual, with a backlight in case of dim lighting. The ports and the power button are all located at their familiar locations so you’ll feel right at home if you’ve used other iMacs before. The speakers are mounted around the back, and although the maximum volume and bass aren’t extremely loud, the splendid sounds can definitely fill a regular-sized room.

So everything is spectacular and impressive – except perhaps the choice of GPU. While the AMD Raedon R9 M290X is a cutting-edge technology, I still couldn’t help but be suspicious about it because an even better option should be used on a brilliant desktop like the new iMac. And when it comes to gaming, the 5K Retina display might not be fully utilized, at least not at the moment. It’s quite a leap forward and it still takes time for developers to catch up with it, so you might want to wait before you actually pay $2,499 or more for the new machine.

Regardless, if you’ve ever looked at the new iMac, the world will no longer be the same.

In this article:Apple, IMac, Retina display