As we know, that technology is expanding its scope day by day and it is a boon for us that we are living in this technology world. Apple has grabbed the world with its technology and iPod Touch and iPod Nano is the best example of it.

Apple is a renowned manufacturer company in Smartphone. After launch the much-awaited iPhone 5, Apple in its September 12 event on Wednesday also highlighted the 5th generation iPod Touch. The features of the iPod Touch are as follows: 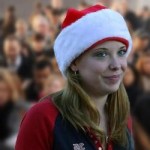 Abel Wike is a tech geek and software reviewer, mostly review website security related products such as SSL Certificates products. She has 7 years of experience in the Technical background and currently works as a software consultant in a multinational firm.