When researchers from Nanyang Technological University, Singapore, switch the quantum computer they created on, it, this computer, becomes able to see the future, 16 possible scenarios to be precise. This computing machine takes advantage of the far-out laws of wave mechanics, determining the movement of the least particles and allow you to carry out computational operations with the supreme effectiveness.

Of course, a quantum computer created by scientists from Singapore cannot calculate and predict all aspects relevant to our life, as Dr. Strange, the character of one of the science fiction films, could do. Predictions of a quantum computer are quite simple; you can compare them with a coin toss four times in a row, which gives 16 scenarios. Each of the options for the future is encoded as a photon in a state of superposition, which moves along several complex paths and passes through a series of sensors.

A little later, the researchers took another step – they launched two photons in parallel and tracked how the scenario changes with slightly different conditions. In this case, the quantum system could be compared with the coin enclosed inside the box. Each time you shake this box, the currency has a chance to roll over to the other side, and the more the box is shaken, the higher this chance becomes.

In contrast to the usual coin flip, in which the chances of getting heads and tails are approximately the same, the position of the coin in the box strongly depends on its original location. The researchers, with the help of their quantum computer and two photons, modeled two experiments with coins in a box. At the same time, one box was shaken harder than the other was, and both tables were shaken four times, which gave 16 scenarios. Because of all this, each of the two photons, more precisely, in the quantum state of each photon, contained information on all 16 variants of the future.

And at the final stage of the experiment, both photons were combined into one photon, the parameters of which gave scientists a value that determines the difference in the course of events depending on the shaking force of the box.

Our readers may get the impression of the complete practical uselessness of the experiments conducted to predict the future. This impression is a consequence of the limited capabilities of the quantum device used by scientists, but quantum systems of the future, which will become more complex and more powerful, will be able to make much more complex predictions or predict a much larger number of scenarios. It, in turn, can significantly improve the work of machine depth learning and self-learning systems, which will become the basis of artificial intelligence that can predict very complicated things, such as stock price fluctuations in the stock market, for example.

Melisa Marzett is a freelance writer with more than ten years of experience in writing. Currently working for www.smartessayrewriter.com she enjoys traveling, cooking, scuba diving, reading and watching movies unusually short ones. She would want to try on the role of a film director. 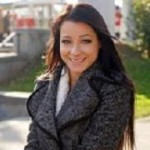 Melisa Marzett is a prominent writer, who knows everything about modern technologies. Read her posts written for Big Paper Writers and get the latest news!

A powerful quantum computer has been showcased at the American Physical Society in Dallas, United States. The device which uses “quantum states” of matter...