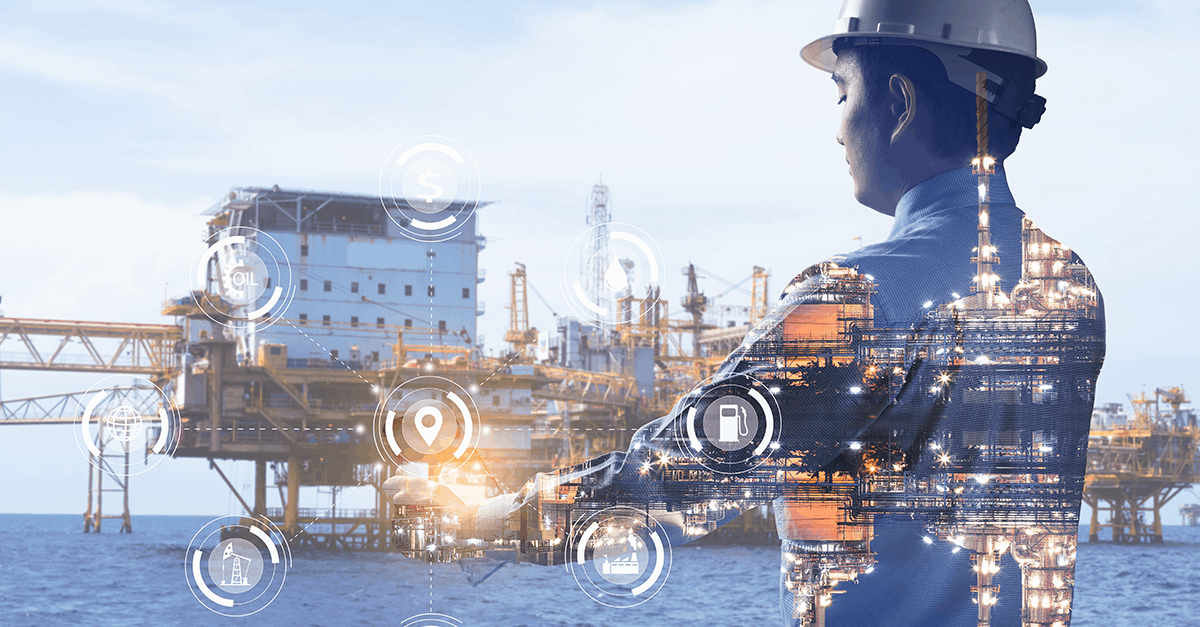 “Reservoir modeling and simulation has traditionally been the heart of reservoir management. It previously used mathematical approaches that are time-consuming and expensive to run and maintain. Approaches using AI are much faster and cheaper, providing quick decision making, increasing efficiency, and, therefore, offering more efficient deliverability from oil and gas operations.”

These are the words of Tachyus CEO Fernando Gutierrez, a leading proponent of applying AI technology to the decades-old procedures used by energy companies to predict reservoir flow.

Gutierrez has been working in the oil and gas industry for more than twenty years, spending a significant portion of his career as a Geological Engineer and Strategic Analyst. He has also worked extensively as an executive and project manager.

He has a history of promoting technical solutions, especially software applications that work well with efficient business practices to generate positive and tangible results.

In that vein, AI represents one of the most significant opportunities for improvement to existing oil and gas modeling and prediction methodologies.

While oil and gas extraction operations are nothing new, there has never been a completely reliable means of determining how successful those operations will be under different scenarios and conditions.

In other words, companies were spending large amounts of money and resources on operations while working at least partially in the dark, which meant that they were never quite sure of the ROI these efforts would yield.

At the same time, oil and gas companies were collecting mass amounts of data that could, in theory, be used to improve operations, but there were no systems in place that could take advantage of this data and turn it into usable information.

AI applications do an excellent job of connecting these dots. Back to Gutierrez:

“We can now use AI to create reservoir models that can be combined with multi-objective optimizers to find optimum scenarios to best produce a field.”

The value of these models can’t be overstated. Optimization algorithms can use these models to run thousands of scenarios and then rank these scenarios based on which would be the most successful.

“Once a model is created with a range of parameters that honor the physics of the reservoir, with the help of AI, then that model can be used for optimization purposes to predict production, given different operational scenarios.”

This is a major step forward for a multi-billion dollar industry, and Gutierrez has expertly positioned Tachyus to take advantage of new capabilities.

Gutierrez has had his eyes on potential applications of AI (and other technological innovations) in oil and gas for a long time now.

His first contact with the implementation of AI in oil and gas was about four years ago, with Tachyus, where he was working as a Customer Success Engineer in charge of sales and delivery in Latin America.

“Back then, I focused on companies that were known to be early adopters of new technologies. A year later, we had implemented our technology, and today, the return on investment has been 15x. Due to this success, I was able to start getting contracts with other companies that wanted to get similar benefits by increasing production and efficiency by using this tech.”

To contrast AI-assisted modeling with the traditional methods used previously, the old ways of reservoir model creation were objectively time-consuming, and the models were difficult to maintain and update.

AI-assisted model creation and maintenance offers a large number of advantages, even beyond those already mentioned.

In particular, Gutierrez has been a driving force behind Tachyus’ highly specialized modeling IP, called DataPhysics, named for the way in which it combines interpretation of large amounts of data with a robust understanding of the physics of any given reservoir.

With a more accurate picture of what’s currently happening with a reservoir, it’s also significantly easier to predict how the reservoir is likely to change in the future.

Gutierrez has recognized the immense benefits of utilizing this technology, and he has helped promote this tech across many areas around the world, including the United States, Argentina, Colombia, Thailand, Norway, the United Kingdom, and Africa.

Tracking along with the increase in adoption of AI in oil and gas, Gutierrez has set to work developing technologies that aid very immediate applications, such as energy transition and minimizing greenhouse gas emissions.

Despite their advantages, the technologies that Gutierrez has developed with Tachyus aren’t running exclusively on AI.

As we’ve already learned from AI applications in other major industries, this technology has still not arrived at a state where it can be trusted completely, without significant human input, both during the early stages and over time.

Gutierrez explained that AI-only approaches can potentially lead to erroneous predictions, since they’re based entirely on data.

DataPhysics incorporates the physical equations that have helped determine reservation fluid flow for years, and this helps to differentiate the tech from other similar products currently available.

“There are plenty of offerings in the market that are only AI models which might carry a lot of uncertainties. We add more certainty to our process by including physics. That is why Tachyus´ DataPhysics combines AI and the physical behavior of relevant systems.”

Combining the old with the new provides a substantial advantage over systems that may only use data to create models and predict flow.

While there may come a day when AI and data alone can provide accurate and useful information for oil and gas companies, this technology certainly hasn’t reached that stage so far.

Regardless of current shortcomings, it’s very likely that AI applications, in some form, will become a standard component of oil and gas operations.

Gutierrez made note of the fact that AI is already being adopted as one of the most common approaches for forecasting, prediction, and optimization in the oil and gas space.

“The growth of these technologies in the oil and gas industry in the last five to seven years has been huge, and I expect this growth to continue. Oil and gas operators are looking for ways to operate more efficiently, remotely, and with a faster decision-making process. AI methodologies provide the perfect tools for achieving these objectives.”

The results speak for themselves, and many companies are adopting these technologies to keep from being left behind.

It’s also important to consider that, over time, the crews and other personnel behind these companies are steadily becoming younger.

A younger workforce will be much more likely to understand AI applications and use them where appropriate.

This could easily lead to a further increase in the widespread adoption of AI-driven optimization, to the point where it becomes a ubiquitous aspect of industry operations.

For detractors of this technology, such rapid widespread adoption at the international level may concern them But such ubiquitous usage may also incentivize companies to make note of errors resulting from this tech.

Further, it’s likely that the companies themselves, or outside parties developing this technology to sell to oil and gas companies, will refine AI-based systems to be more reliable and accurate. In fact, Tachyus is currently engaged in this process.

As with any emergent technology, AI optimization in oil and gas will have a long road to improvement and perfection, but that also makes this an especially exciting moment in the development of this valuable technology.

While renewable energy creation and distribution continues to grow and expand, especially in the United States, there’s no denying that many developed nations are still heavily reliant on oil and natural gas.

Setting the debate aside, the technological capabilities that have been discussed here offer immediate advantages.

One of the most substantial benefits that reaches well beyond the companies in question is the limiting of greenhouse gas/carbon emissions, which was briefly touched on earlier.

Harmful emissions have continued to be one of the biggest challenges to sustainable and responsible oil and gas extraction operations.

With the DataPhysics system, Gutierrez and his team have found a way to determine the emissions that would be required to extract and refine oil and gas, based on specific sets of conditions.

“Our latest technology development is in the space of carbon emissions. We developed a platform that can define the carbon intensity generated by oil and gas operations. It’s an engineering approach to quantify the emissions and energy required to produce oil and gas, which takes into account the various components from the reservoir to the refinery.”

Many of the other benefits of AI optimization can also contribute to reducing emissions. Eliminating guesswork in terms of determining reservoir flow, for one, can reduce the amount of time and effort needed to extract the largest quantity of resources possible at any given time.

When oil and gas companies can more efficiently gather these resources, emissions can potentially be reduced by a large degree.

In summation, AI applications stand to benefit many industries, including the internationally ubiquitous energy industry.

Now that forward-thinking oil and gas industry leaders like Gutierrez have proven how much value these tools can offer, it would seem to be a guarantee that AI, in some form, will continue to play a major role in oil and gas operations. 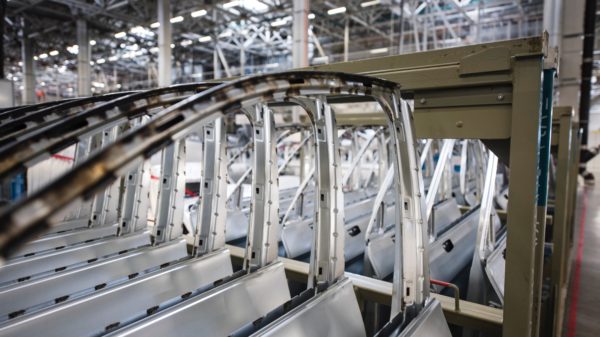 4 Ways Companies Can Save on Energy Costs

Here are four ways companies can save on energy costs. 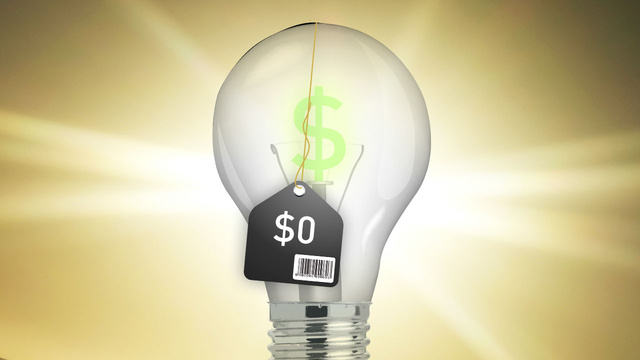 Saving Energy With Your Mobile Apps

Saving energy is a necessary thing for this modern era. The advent of technology has made the process of saving energy an easier task.... 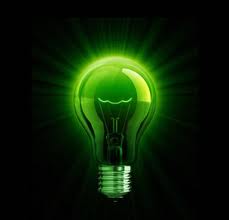 What Does It Cost To Charge All Those Gadgets?

Gadgets have become a huge part of everyone’s lives, and it’s hard to remember a time when we weren’t walking around talking on smart... 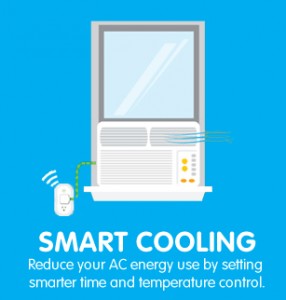 It is extremely important to take care of our planet and live green with green devices in every aspect of life today. It is...