Google is to begin allowing users make free telephone calls through Gmail, its free email service. Users will now be able to make telephone calls to landlines and mobiles from within their Gmail accounts in addition to the already existing free computer-to-computer voice and video chat services. However, the development will only apply to calls made from and to US and Canadian users (until the end of 2010), while calls to the UK, France, China, Japan Germany and many more, will cost 2 cents per minute. Users do not need to download any extra applications to make calls.

The service is expected to be made available for international users in the near future. Once operational, the product link will be on the left-hand of the Gmail page within the ‘chat’ window (you will need to install the voice and video plug-in, if you have not done so already). A ‘call phone’ option will pop-up along with a number pad to let users dial telephone numbers they want to call (See image below). There are already talks of providing ways for non-Gmail users to be part of the service through installation of red Google Voice telephone boxes on some campuses’ and airports’ premises. An illustration of how to use Google's free GMail telephone service

Google expects the money made from international calls to pay for the free US and Canadian calls. This move is seen by analysts as a sort of direct competition with other Internet telephone services most notably Skype, which boasts of more than 560 million registered users.

Do you think the offer of “efficient and high-quality low-cost calls” by Google through Gmail will be able to sufficiently compete with other Internet telephone companies such as Skype? 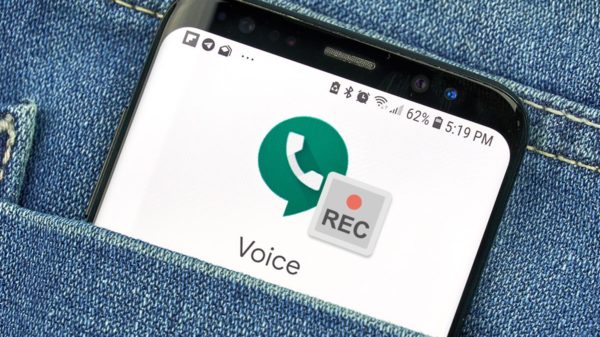 Quite easy, right? So these were all the steps to record a phone call with Google Voice app that I wanted to share with...