An artificial skin that could bring sensitive touch to prosthetic limbs and robots have been developed by scientists. The skin, which was outlined by two groups reporting in Nature Materials, is made up of materials (arrays of small pressure sensors that convert small changes in pressure into electrical signals) that can sense pressure as sensitively and quickly as human skin.

These materials can be built into or under flexible rubber sheets that could be stretched into various shapes and sizes such as artificial limbs, surgical tools for minimally-invasive surgery operations or robots that can pick up and hold fragile objects. Although the amount of electrical current that runs through the device will depend on how much pressure is exerted on the rubber sheets, the BBC reports that “both groups demonstrate that their skins can register a pressure in a tenth of a second, over a large range – from five grams per square centimetre to 40 times that high”.

There is however still room for further development such as, reducing the distance between the sensors in the arrays to maximise the detail that could be felt in addition to challenges of cost and affordability. 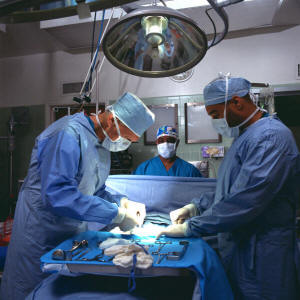 New Surgical Technologies: Are Operations Safer Now? Medical malpractice is a concern for both patients and doctors. Patients are concerned about debilitating injuries and...