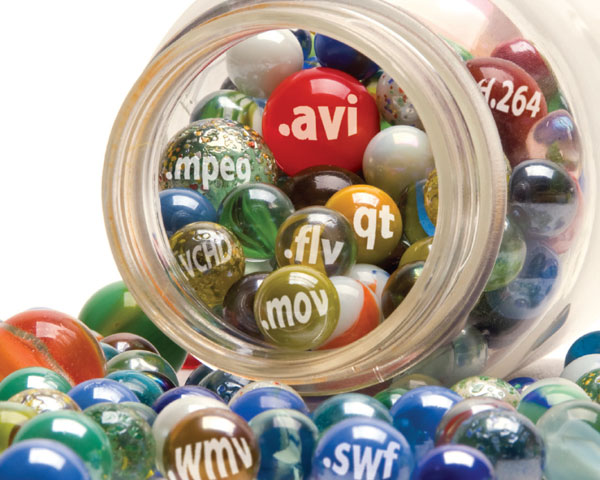 To answer the question, simply put, no. The quality of pictures varies from one video format to the next. There’s something about the pixels that a format can accommodate, making it impossible for the pictures to be similarly sharp and clear. Because of this, some video files can also be larger than others, although some formats claim to have a balance of file size and quality. But then, because of the different sizes of these video files, transferring them through a USB 3.0 docking station may take time for some, and quicker for others. Alas, be aware that not all video players can play all these video files. That’s because some files need a codec to be successfully played, and if you haven’t installed that codec on your device, you won’t be able to open and play them.

So, for those who want to be clarified on what these different video files are, here are some descriptions of them:

This video format can be relied upon for good quality images even at low data rates. It is designed to be used for multimedia such that its codec would have various specifications not just for audio and video but also for interactivity. The MPEG-4 format is optimized for the delivery of video at data rates of the Internet.

Audio Video Interleaved or the AVI file format can have both video and audio data in a file container. Since it was introduced in late 1992, new video techniques have already came up which makes this video format limited compared to other formats such as players not being able to select the aspect ratio. Nevertheless, AVI files stored in a drive connected to 3-port USB 3.0 docking station can still be opened with most players.

Files with an .mkv extension can hold an unlimited number of audio, video, and subtitle tracks all in one file. This file format is called the Matroska Multimedia Container which is an open source container file format, with its name derived from the hollow Russian dolls or Matryoshka.

Originally developed by Macromedia and currently by Adobe Systems, the FLV video format is one of the container file formats that are used to deliver video on the Internet using Adobe’s flash player. It is the standard being used for web-based video streaming. Examples are YouTube, VEVO, and other sites showing videos.

A file with the filename extension .mov is in a format native to QuickTime, the multimedia framework developed by Apple Inc. This container file format can contain one or more tracks wherein each track stores a certain type of data, may it be video, audio, text for subtitles, etc. The video and audio formats supported by the file are limited to what is available to QuickTime codec manager and to the Sound Manager, respectively.