The long battle between Apple and Android phone makers, most notably Samsung and HTC, rages on. Filed initially in 2010, as of July this year there were 48 Android lawsuits floating around in nine different countries. It is a big, sordid mess and no end appears to be in sight and consumers that own HTC or Samsung phones (I must confess that love my HTC!) wonder what will become of us when tech giant Apple shuts us all down.

No doubt, Samsung and HTC phones are immensely popular, and one way to slow down the growth of those companies is a big, expensive lawsuit. Apple is certainly aware how many Androids are flying off the shelves, and now there is real competition. IN fact, about 15 million Android Smartphones sell every month.

HTC phones with Android have similar capabilities to iPhones, and they are continually evolving at a more rapid pace than Apple has set for its phones. For instance, despite the fact that it sold four million new iPhones last week, there really was not a whole lot of innovation in this latest version, even though it was a long time coming and highly anticipated.

HTC came under attack after it released its first series of Smartphones in January of 2010. We now know, thanks to a biography of Steve Jobs that is due in bookstores on Monday that Jobs was furious when these phones were unveiled and vowed to destroy Android. In fact, he promised to spend all $40 billion of Apple’s money to fight the spread of this technology. For its part, HTC is fighting back with lawsuits of its own after buying another company and additional patent rights.

Certainly, settlements of most lawsuits of this type occur soon after filing, but Steve Jobs himself vehemently opposed any type of settlement. In a meeting with ex-Google CEO Eric Schmidt, a man who had also been on the Board of Directors for years, Jobs told him that money would not fix this, and the only thing that would is for Android to cease and desist using any of Apple’s ideas. The opposition, of course, says they have not copied anything from anybody.

Consumers should be concerned about these proceedings because of the impact they can have on the cell phone market, and new technology. Apple has not really introduced any earth-shattering advances in years, but they want to stop companies that are more progressive from doing just that. HTC created the 4G buzz, and every new phone they introduce has something new and intriguing built-in. I am glad that they are pushing back against a company that is trying desperately to hold on to whatever market share it has by any means necessary. I think there is room in the marketplace for both types of phones. After all, iPhone’s pricing is still much too high for many people’s comfort zones. 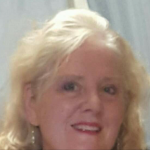