Rather than go through all of them like an instruction manual, we’re going to focus on the three most important ways to get the most of iOS 5 when it comes to communication.

All versions of the Apple iOS have included some interaction with Twitter, but iOS 5 has fully integrated Twitter in a more natural ways for whatever device you’re using.

You’ll be able to link Twitter to the output from just about any of the iOS apps you’ve installed. Just use the Share button, the one that looks like a rectangle with an arrow pointing outward, and select the Tweet button from the list of options that appear.

Because of the single sign-in functionality set up within the OS, new apps that you want to interact with Twitter will just do so without any need for you to sign-in.

Because you’re not staring at your device 24×7, you don’t see every reminder, call, text or other notification that comes in when you’re dealing with other aspects of your life.

Among the items included in this notification category are such things as:

The Settings app will let you customize the way such notifications appear and act on your device, including such important characteristics as:

The new iMessage feature includes newer generation iPods and also iPads, and adds new dimensions to messaging you didn’t think would be possible.

Here are some of the standard improvements:

Because you are you no matter which device you may be using, iMessage allows you to move your conversation from device to device and pick up wherever you left off.

Of course, this benefit is limited by the type of device being switched to — for example, an iPod or an iPad cannot use a phone number.

What does happen when moving the conversation between different types of devices is that the mode may shift from email on an iPad to text messaging on an iPhone.

You set up your iPhone to take advantage of this iMessage feature within the Settings app by:

From that point on, all outgoing text messages from that iPhone will appear to be sent from that email address, enabling someone on the receiving end to think they’re taking part in an email exchange, whether you’re texting on the iPhone or emailing from the iPad.

iMessage is unlimited and free, so you may be able to downgrade your text messaging plan by using iMessage instead.

This upgrade of the iOS to version 5 is truly an impressive leap. What we’ve covered has been significant, but it barely scratches the surface of the improvements and adjustments to iOS 5. Take a look for yourself and prepare to be impressed! 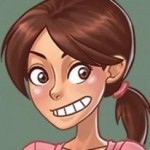 Kelli writes online for a number of web sites to provide information on car insurance companies. While she is working on her graduate degree from home, she writes to inform people on auto insurance regulations, and does her best to keep track of her 2 boys at the same time.