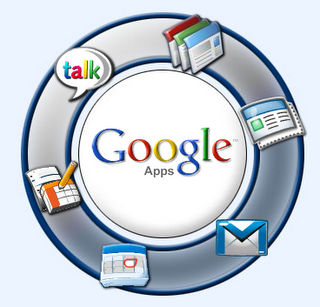 The world of Google-Dom is at it again. Google is known to make frequent changes to their current products, as well as adding new products and services to their product offerings list, and over the past few weeks Google has upheld this reputation. Below are some important changes to Google products that local business owners should be aware of to determine how each will impact their particular business.

Maybe one of the hottest topics over this past week in the world of local business and Google is the changes made to Google Places. Many agree that Google Places has a better look and feel that makes it a bit easier to use on personal and mobile devices.

In addition, third-party reviews have been stripped out, and only reviews left by Google users remain within Place pages. This speaks in part to Google’s review database having accumulated enough stamina and breadth to ‘stand on its own’ without pulling in other third-party reviews. Some also speculate it might have something to do with the FTC review of Google’s business practices and the complaints of third party review companies, such as Yelp and CitySearch, alleging that Google was wrongly piggybacking off of their site information and content.

Regardless of why Google made the change, the importance to local business owners is that some have seen a huge decline (even in the hundreds and thousands) of reviews from their Place page, which means diversifying their review campaign by ensuring they’re capturing reviews from all review reporting sits is more important now than ever before. Google has also made it very clear as to where someone can ‘Write a Review’ by posting it conspicuously on a business’ Place page in large red letters.

Google + is Google’s version of a social network, and it’s growing quickly with more than 20 million users to date (captured in a relatively short period of time!). On June 1st of this year, Google launched its ‘+1’ button that many compare to the Facebook ‘Like’ button. When logged into your Google account, you can click the +1 button linked or attached to any post, article, etc. that you think is ‘worthy’ of your ‘stamp of approval’, and when you do, your friends and connections will be able to see it. Many local business owners are waiting with anticipation to see how Google + will impact SEO. In addition, Google + allows you to set up authorship to your posts on outside websites and link them to your Google + account, which can allow for more exposure throughout the web for local business owners.

Though the impact is more internal than external, it’s still an important one to be aware since so many local businesses use it. Google has made some changes to Google Docs, including adding some additional spreadsheet charts for documents and drawings. In addition, there’s a new document editor used within Google Docs, and on September 30th, some the old style templates will no longer be visible in the public gallery, though current users of the old templates will be able to continue to use them if they choose to do so by converting the old documents to the new document editor. Directions to do so can be found in Google’s Google Docs blog.

With these changes being relatively new, some of the kinks are still being worked out, and we’re very early in the game to determine how Google + and changes within Google Places will truly impact local businesses in way of SEO and reputation management. It will also be interesting to see if the changes to Google Docs will be perceived as positive, or not so much. 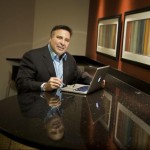 For nearly three decades, Chris Marentis, founder and CEO of Surefire Social, has been responsible for driving innovation and sales growth for large media and e-commerce brands as well as start-ups. With a long-history of counseling local businesses about their marketing efforts, Marentis provides insight on what it takes for small businesses to succeed and thrive in today’s evolving digital environment. His notable career includes creating the foundational blueprints for online marketing, e-commerce and content branding for AOL's Interactive Marketing group, where he served as Senior Vice President. While CEO of Clearspring Technologies, Marentis developed one of the most widely adopted venture-backed Web 2.0 technology platforms. Marentis is a frequent speaker at local digital marketing conferences and a contributor to SMB and technology-focused publications.