Windows 10 was released on July 29, 2015, by Microsoft as a part of the Windows NT family. It was the first in the franchise to receive feature updates while being kept on. It was developed so as to incorporate aspects that were missing in the previous version. However, if you have installed Windows 10 and it’s not functioning properly try to fix the bugs using the April update.

Windows 10 comes with her trouble-shooter option that helps to identify the problem and you can also opt for the reset option. If you have any PC related problems like Windows Wifi configuration issues, network protocol missing on the computer or Page Fault in a Non-paged Area Error you can refer to the sites like Techloris.com all in one solution for all your PC problems.

Here in this post, I’m going to guide you through how to reset Windows 10:

Some people are facing this particular problem where the updating takes place for a few minutes and suddenly comes to a halt. In such case revert back to the original version of Windows 10. If it is still unresponsive you need to empty some space on the hard drive. The latest update requires 16GB and 32GB of free space for the 32-bit version and 64-bit version respectively.

It might be possible that the anti-virus installed in the machine is hindering the update process because of its strong firewall. Temporary uninstallation of the anti-virus software might help with the process.

If the options problem persists, while trying to install the Windows 10 April 2018 update, resetting of the update service might be required.

Even after trying out the previous procedures installation is rendered problematic, installation via USB drive might help. A blank DVD or are USB stick for adding the installation files is required having an adequate space of 5 GB. After downloading and installing the tool try opening it up and agree to the terms and policies. Following this select the language, edition and 32bit or 64bit according to your preference. Then opt for USB flash drive or ISO file. The option is available for downloading the Windows 10 April 2018 update 64 bit ISO image directly from Microsoft. There is also an option for the 32-bit hardware. After having the tools formatted check for any bugs and problems.

5. The mystery regarding the disappearance of the desktop

Over recent years, some problems have been reported by users regarding desktop disappearance. This issue is more prominent with the user incorporating Avast anti-virus due to its strong firewall. However, it has been observed by some that Microsoft itself could be blocking any update for a machine that has Avast installed.

The above-mentioned problems can be taken care by following these simple steps. But if you are carrying an Alienware laptop and you are trying to update, you are likely to face problems. This is because the latest update of Windows 10 April 2018 on this particular laptop has a bug causing a black screen after waking up from sleep mode. The solution to this imminent problem is taken care by Fall Creators Update.

There are numerous reports that the latest update is causing problems with the solid-state drives. The update was encountering a procrastinating bug. But there is nothing to worry about as Microsoft and Intel are aware of this issue. They have placed a temporary block in place as a part of the remedial solution.

People have also reported having on-screen keyboard and microphone problems with the Windows 10 April 2018 Update. Check for the ‘devices’ option and ‘privacy’ option. Restarting the Media Creation Tool App takes care of the problem of not being stuck. Downloading the latest Nvidia driver update from the GPU makers website does not show that it is missing. 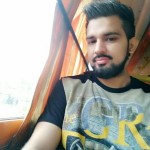 Ankush works as a digital marketing and ebusiness consultant at FATbit Technologies, one of India’s leading web design development & startups friendly ecommerce solution company. Ankush expertise lies in branding and formulating SEO, SMO and startup advice strategies for business of a number of industries. He has been active in internet marketing services for past 5 years.

Want to try Windows 10 on your Mac?

Mac users wanting to try Windows 10 Technical Preview will not have to wait longer. Indeed, they can start testing the new version of the...

From Watches to Windows, Here’s What We’re Looking Forward to This Year Technology is growing ever more useful and exciting, so what kind of...