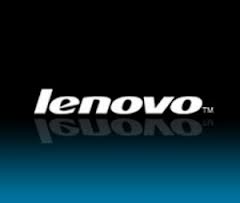 Lenovo, the second-largest PC vendor in the world, plans to expand actively into the markets of smartphones and tablets in Russia, India, and Indonesia in the next six to nine months. Lenovo has even built a separate factory in Wuhan to make new smartphones. Already, some of the gadgets developed and released by this manufacturer are catching up with the leader (i.e. Samsung) in terms of the number of sales in China.

Until now Lenovo has considered the segment of desktop computers, laptops and server systems to be its priority. For example, in Germany and Russia Lenovo was ranked first by the number of devices delivered. However, manufacturers of modern devices realize that buyers’ love and profits are now in the segment of smartphones and tablet computers. This trend is confirmed by data released by Gartner which predicts that by 2015 the majority of consumers will use tablet computing devices.

Even today, the interests of buyers force manufacturers to abandon two familiar form factors (desktop and laptop) and include regularly a new range of devices. This period is called «PC Plus Era» by Lenovo itself.

More importantly, Lenovo’s product expansion is aimed at markets that have not yet enough of new gadgets particularly Russia, India and Indonesia. The company already started selling the first official devices from its IdeaPhone lineup in November last year and this February Lenovo launched a third model with quite a number of positive reviews from professionals and ordinary users.

In less than two years, Lenovo has come second in China in terms of units sold, conceding only to Samsung. In the world ratings the company gets the fifth place.

According to one of the company’s top managers, “you cannot be number one in the world, without winning the Chinese market.”

According to experts, it is only a matter of time before Lenovo conquer the entire market of mobile technology.

In this article:China, computer manufacturers, lenovo