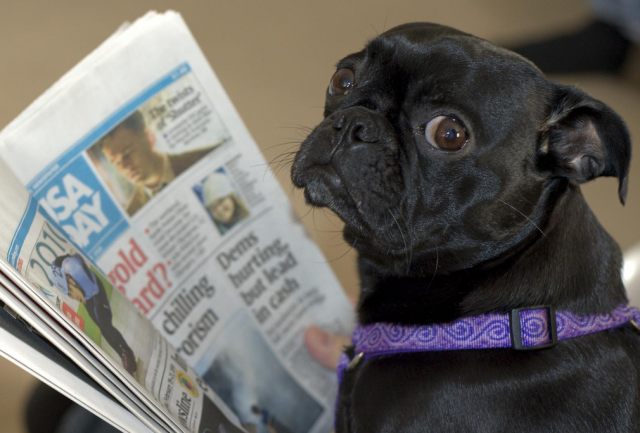 Once a newer and more improved version of a technological breakthrough has made it onto the shelves for consumers to choose from, the older items are put on sale. If it has been established that there is no longer a strong market for the older versions, those items become obsolete. Surprisingly though, even after several upgraded versions, there are still decades old technology that are still being used today. Here are a few of them:

Nowadays your cell phone can capture pictures just like your ordinary point and shoot camera can. Both gadgets can produce instant digital pictures and you no longer have to buy film, have them processed, and then enjoy the outcome (or regret the photos because they did not turn out well). From a digital “camera”, you save more money because you can instantly see your pictures before choosing which ones to print — if you ever need to have photos printed at all since you could view them via desktop or mobile devices.

While many people would prefer to download their music and save it onto their laptops, smartphones, or mp3 players — some audiophiles still buy vinyl records. They may be big and you can’t play them in your car, but because of their vintage feel there are still people who would prefer to buy them over the digital audio CDs. Music lovers attest that the records produce a better sound quality and they are believed to last longer. Media formats may be changing but for some music enthusiasts the old way is still their preferred audio choice.

When pagers first became popular, those in the medical profession and businessmen who worked for Fortune 500 companies mostly used them. In the 1990s though, an increase of pager users were not just from the professional sectors but from common consumers as well. When cell phones hit the market though, more people chose cell phones over pagers, for their all around practicality. Not everybody though made the switch. In 2012 alone, Americans spent $7 million on a new pager unit, or also known as a beeper. Some people still prefer to get their messages but not the full accessibility appeal of a cell phone.

Long before hosted PBX technologies and smartphones, if you did not have mobile devices you could find a pay phone at almost every corner. Online technologies changed all that although you could still find payphones in places where high foot traffic happens. Last year an estimated 50 million calls were made in the United States using payphones.

Once individuals discovered the possibilities of saving their favorite songs and movies on blank VHS and cassette tapes and later CDs, the joy of being able to play them back has brought about collectors of all kinds. Through the years those storage devices have become smaller and can now save hundreds of songs and movies but there are those that still prefer the bulky VHS and cassette tapes or the CDs. In the United States alone 13 million tapes were sold last 2012 and is still preferred by most individuals.

For some people, the use of decades old technologies is no longer about what is more practical or up to date. Newer systems may be more enticing and technologically up to par with one’s busy lifestyle but there are still a few people that prefer older tech simply because it is what they are more familiar with.